Old Ruff and the Timberdoodle Downeast

Most of Maine Is an Upland Bird Hunter’s Paradise

Maine has been well known for its iconic sporting camps for more than 150 years. By 1900 there were more than 300 lodges for fishing, hunting and other outdoor activities. These camps flourished as railroads followed lumbering operations and more of Maine’s vast interior of wilderness opened to recreation.

A typical “camp” comprises a number of log or other style cabins and a central dining lodge. Camps are often situated along a river or lake in more sparsely populated regions of the Pine Tree State, where trees cover nearly 90 percent of the land. Most camps are seasonal, offering fishing from spring to fall and bird hunting in autumn until temperatures plummet. Some camps are winterized and open year-round to snowmobilers, cross-country skiers and other snow enthusiasts.

Timbering has been one of Maine’s longstanding industries, and it continues today. The practice influences the forests through harvest, and clear-cutting enhances the habitat for many species of wildlife. These include ruffed grouse and the migratory American woodcock, two fine gamebirds.

In Maine, many logging roads and trails, as well as an abundance of private properties, are open to the public for recreational use. This includes bird hunting during the season, which usually takes place from Oct. 1 through Dec. 31.

October in Downeast Maine is a magical time of the year and arguably the most beautiful. During this time, excellent upland bird hunting complements the stunning hues of fall and its cacophony of color.

The word “Downeast” was used in the days of sailing ships that departed Boston downwind and proceeded eastward along Maine’s rocky coast. Today it generally refers to the state’s Hancock and Washington Counties.

Landlocked salmon and brook trout season ends by Oct. 20. Then it’s time for “Old Ruff” (wild ruffed grouse) and “timberdoodle” (American woodcock) to take the scene as sportsmen and women trade waders and fly rods for shotguns and bird dogs.

The village of Grand Lake Stream (GLS) is right in the middle of more than one million acres of prime grouse and woodcock habitat. Most of this land is open to the public. It’s also easily accessible because hundreds of miles of logging roads and trails crisscross through the area. Plus, there are two lodges that have access to different private lands. There are opportunities for hunting with pointing or flushing dogs. Coverts can range from pretty easy terrain to nearly impossible, with everything in between.

The portion of Washington County that surrounds GLS consists of forested rolling hills with numerous streams, ponds and small rivers; an exception is the larger St. Croix River that forms the border with New Brunswick, Canada. There are low, marshy areas, blueberry barrens and sections of forests in various stages of growth thanks to logging. Classic coverts abound. There are damp, mysterious alder bottoms, hardwood ridges ablaze with colors and old stone walls and foundations of abandoned farms. Most of Maine is an upland bird hunter’s paradise.

Weatherby’s and Leen’s Lodges are two well-established sporting camps with histories spanning generations. In my opinion, they are the two best full-service options in the area for upland bird hunting in the fall and superb angling in the spring, summer and early fall. I’ve stayed and hunted at both lodges and literally have had a blast.

Leen’s Lodge sits on a peninsula that juts into scenic West Grand Lake, source waters for Grand Lake Stream. Log cabins of varying sizes straddle the water just inside the wood line. Like Weatherby’s down the road, Leen’s accommodations are old, tastefully weathered and very comfortable with all the modern conveniences. These include heat, flush toilets, water and home-style meals prepared in the dining room overlooking the lake.

I’ve shot a lot of birds thanks to pointers working the quail grounds of the South, but the gundog breed is not that common in the thick covers that hold grouse and woodcock in Maine. Here, English setters, Brittany spaniels and German shorthairs seem to prevail. Pointers should be more common up here in the Pine Tree State. These dogs do a wonderful job, working close and efficiently in the thick tangles of succession forest growth where birds live. Pointers are also reliable on retrieves.

Although woodcock and grouse inhabit some pretty nasty terrain, I’ve visited some large sand and gravel pits in various stages of vegetation regeneration. The pits are easy targets for migrating woodcock moving down from Canada and provide cover and softer ground for probing bills to find earthworms and grubs.

All the birds I encountered in the pits were timberdoodles, though grouse could have been there too. During a recent stay at Leen’s Lodge, I enjoyed woodcock breast appetizers in the evening before dinner. They were sautéed lightly in butter and finished with a cognac flambé just before serving. The appetizers were delightful.

Weatherby’s is an Orvis-Endorsed Lodge with 15 log cabins, a central dining room, sitting room and fly shop. Owner Jeff McEvoy is an avid fly angler and hunter of birds, waterfowl and big game such as deer, moose and black bear. He can arrange and outfit guests for all these pursuits. In the fall, his English cockers are very busy working birds in the numerous woodlands, barrens and bottoms nearby.

Hunters are permitted to bring and use their own dogs, or they can hire a guide with or without dogs. At a minimum, I recommend hiring McEvoy or one of his guides at least for the first day of your visit so you can get the lay of the land and feel of the birds. Guest’s dogs stay in the cabins with their owners at both GLS lodges.

At Weatherby’s, sumptuous, hearty, home-style breakfasts and dinners are served in the dining room, and most hunters choose to a take a basket lunch to the field for a midday break. I always take a thermos of hot coffee too because it helps cut the chill of a crisp and clear fall Maine morning.

On a recent hunt, I discovered grouse and woodcock on the hillsides and near the tops of rises in a mixed forest of hardwoods and softwoods. Timberdoodles seemed to like the gnarly raspberry bushes interspersed with passé goldenrod. The grouse preferred tangles of young birch. Both birds often cut through or over the vegetation to fly hard along old skidder trails and logging roads.

Today, approximately 100 Maine camps remain in operation. Many belong to the Maine Sporting Camp Association. The internet and the Maine Tourism Office are excellent resources for finding the grouse and woodcock hunting lodges of your dreams.

As an old quail, chukar and pheasant hunter, I have time-worn memories. But as a relative newcomer to the forestland birds of the North such as Old Ruff and the timberdoodle, I also have the imagination of a young hunter trying something new and exciting. My home in Maine is within hours of many fine sporting camps. And being a “sport” is not a bad thing at all.

King Montgomery is a freelance outdoors/travel writer and photographer, a retired Army officer, an avid bird hunter, waterfowler and fly angler. His works have appeared in a number of national fly-fishing and bird-hunting publications, including The Virginia Sportsman, Upland Almanac and Covey Rise. He is a contributing editor for Fly Fish America magazine and writes his popular monthly “Sportsman’s Journal” column in The Maine Sportsman magazine. 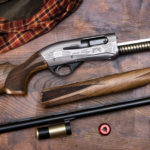 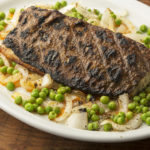 Next Story
Why You Should Be Eating Fish Skin