Jason Isbell has set a high bar when it comes to Southern storytelling through song. The Alabama native, who grew up surrounded by the historic musical influences of Muscle Shoals, first made an impact in his early 20s as a member of the gritty country-rock outfit Drive-By Truckers, contributing beloved staples from the band’s early catalog like “Outfit” and the self-titled track to the 2003 album “Decoration Day.”

In 2007 he started a solo career, which was initially stunted by his struggles with alcoholism. Despite some flashes of brilliance, Isbell’s own output didn’t fully shine until his 2013 breakout album, “Southeastern,” which chronicled, with some candid regrets, his redemptive road to sobriety. His ensuing albums, “Something More Than Free” and “The Nashville Sound,” earned Isbell four Grammy Awards and established his current place as a roots music hero.

In May, Isbell released “Reunions,”  his latest album backed by his steadfast band the 400 Unit and his fourth straight effort working with ace Nashville producer Dave Cobb. Throughout his new effort, Isbell continues to mix vivid snapshots of rural experience with personal examination. In the sweeping, folk-rock opener, “What’ve I Done to Help,” which features backing vocals from David Crosby, he questions his own social responsibility. “Be Afraid” has a similar sentiment—a rumbling anthem about facing fears and doing what one believes is right, set to a motivating backdrop of uplifting heartland rock.

Isbell also addresses the lingering power of addiction in “It Gets Easier” and laments the death of an old friend from Alabama in the poignant ballad “Only Children.”

“There are a lot of ghosts on this album,” Isbell said in a statement on “Reunions.” “Sometimes the songs are about the ghosts of people who aren’t around anymore, but they’re also about who I used to be, the ghost of myself. While writing I was thinking about how I could take the tools I have now, which are much better than the tools I had then, and go about building the same essential structure. I found myself writing songs that I wanted to write fifteen years ago but in those days I hadn’t written enough songs to know how to do it yet.”

Throughout “Reunions,” it’s apparent Isbell has refined his craft, but what continues to resonate is his commitment to writing honest tunes.

Isbell’s first big statement as a member of Drive-By Truckers, found on the band’s 2003 album “The Dirty South,” is an earnest slice of paternal advice from his upbringing in Alabama.

This snapshot of small-town life from Isbell’s 2011 album “Here We Rest” is a perfect windows-down highway tune that won Song of the Year at the Americana Honors and Awards.

The soul-baring look at Isbell’s life-changing sobriety and relationship with his wife, fellow musician Amanda Shires, is the stunning breakout that catapulted Isbell towards his current status as one of roots music’s top songwriters.

A soaring rock tune with a message of perseverance from the 2017 album “The Nashville Sound” showcases the muscular proficiency of Isbell’s long-time backing band, the 400 Unit.

A breezy new cut from Isbell’s May-released latest album has a gentle melody but lyrically offers a raw look at the confusion kids experience when parents get divorced. “I was thinking a lot about myself and my wife because we were both very young when our parents split up,” Isbell explained. “I was blending our two stories. It’s not exactly a heartbreaking song, it’s just sort of a picture of a kid’s life. I wanted to keep the voice of the child-narrator but also retain a retrospective quality to show it’s something the child survived.” 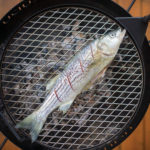 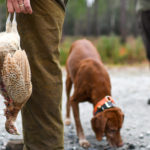