At Palmetto Bluff’s Field & Fire, Falconry Is an Object Lesson in the Wild

Each February, Palmetto Bluff hosts the ultimate chill event in all of South Carolina’s Lowcountry.

It’s called Field & Fire, and it is to country preps what Gram Parsons was to country rockers. Hundreds of genteel, Barbour- and Orvis-clad Southerners turn out for a range of activities during the three-day experience. It’s held in and around the Bluff’s 20,000 New-Urbanism acres on the May River, a civilized celebration of sporting life in the South.

In the event’s pop-up gift shop, a prominent sign broadcasts the weekend’s mantra: “Shoot. Shop. Sip. Repeat.” It’s adhered to by most in attendance.

Among the activities are live music, fly casting, sporting clays, bird dog demonstrations, down-home talks, horses and hounds, fine wines and food and open-air fires tended by a fastidious staff. There are gifted artisans with their wares as well—glassmakers, interior designers, cartographers, apparel artists and bamboo fly-rod builders, among others. It all peaks on Saturday night with a candlelit “Bourbon & Birds” dinner—five courses pairing exotic fowl with rarified spirits.

But the most intriguing and riveting experience occurs in the woods near a two-track, 10 miles away from the village square. That’s where a coterie of eight people at a time shares the majesty of a hunting tradition stretching back thousands of years. Led by Steve Hein and his 32-year-old son, Adam, they are witnesses to—and participants in—the arcane sport of falconry.

The elder Hein was introduced to it in the late 1980s when a Red-tailed hawk clutched his leather-clad fist. “It was a life-changing moment for me,” he says. “I instantly remembered seeing a Redtail kill a rabbit when I was a kid—it was raw violence, awe-inspiring and powerful—but most of all, it was real. It was nature unfiltered.”

Now the former Georgia Ducks Unlimited Artist of the Year serves as executive director at the Center for Wildlife Education at Georgia Southern University in Statesboro. He tends to 35 raptors there—hawks, owls, vultures and eagles, all native to Georgia. That includes “Freedom,” the school’s bald eagle mascot that flies over football games and starred in a BBC documentary, with a camera strapped to its back.

They’re all birds of prey, but with distinct differences, like the silhouette of their wings. A falcon’s is sharp, short and pointed like a fighter jet. A hawk’s are very broad, with a shorter tail and thicker toes, while a falcon’s toes are thin. “So falcons catch other birds, but hawks are used for ground prey,” Adam Hein says. “It’s how they evolved, from the lack of foot strength that falcons have.”

A professional at his chosen sport, the elder Hein is licensed by the federal and state governments as a master falconer. And he gets the psychological attraction of humans to raptors. “There’s a reason we name our sports teams after predators—like the Philadelphia Eagles, the Atlanta Falcons and the Seattle Seahawks,” he says. “We are predators ourselves—it’s in our DNA. It’s how we originated. We want to be big and powerful and all that.”

Hein’s hunting demonstrations with his son and their two hawks—plus two Hungarian-bred Vizsla dogs (also father and son)—are mesmerizing. They’ll set one bird free to perch in a tree, while unleashing a single dog into the wild. When he’s on point for a pheasant or quail, they’ll flush it—and watch the hawk strike it down in a flurry of feathers—mid-flight, 10 feet in the air.

While it’s finishing off its prey on the ground, Hein will approach the hawk with fresh pheasant meat in hand. Distracted by the feeding opportunity, it’ll turn away from its catch. Hein is quick to stuff the dead bird in a rucksack and continue the feeding.

“It’s a pretty simple pursuit on the one hand and very complex on other hand—if you don’t know how to handle food for the falcon,” he says. “There’s a bond of paramount importance between the bird and me, and it’s trust. I trust him, and he trusts me.”

Hein estimates that there are only a total of 4,000 falconers in the entire nation. Of those falconers, Hein believes only 2,000 have a bird at any given time, and only 1,000 of those birds come from the wild each year. “Statistically, it’s an outlier,” he says. “But we’ll be creating a relationship as long as a dog and a falcon have game.”

He traces the history of the sport back to China, 4,000 years ago, then to the Middle East and Arab nations—with the English picking falconry up during the Crusades—and finally to the United States. “Here we weren’t even regulating falconry activity until 1972,” he says. “There were practitioners, and the sport sort of cobbled itself together in the 1960s.”

Its popularity is derived from a rarified, up-close view of how nature works—through a lens that reveals that hawks are nothing if not opportunistic. “I was on the Serengeti plains in Africa and saw the sheer numbers of birds of prey above an area there where wildebeests were walking,” he says. “It was amazing—they were rustling the lizards, the rabbits and the birds into the grass.”

There, he was tapping into the biology and the symbiotic relationship between the raptors and the surrounding ecosystem. “So, when you plow a fallow field, you’re turning over the soil and the Redtails immediately are above you,” he says. “That’s one of the reasons the Redtail loves the yellow and green of a John Deere tractor.”

If they’re the essence of life, falconry and nature are never hypocritical and can’t be judged, Hein believes. “They’re neither bad or good, kind or evil—just natural,” he says.

Which is why he chooses Field & Fire as one of his favored venues. “Almost anything that gets people outdoors, I’m 100 percent in favor of,” he says. “It’s a good thing because it involves getting people close to nature.”

And anytime you put birds, dogs and object lessons together in the wild, you’ve instantly won a Southerner’s heart.

J. Michael Welton writes about architecture, art and design for national and international publications, and edits a digital design magazine at www.architectsandartisans.com. He is the architecture critic for The News & Observer

in Raleigh, N.C., and author of “Drawing from Practice: Architects and the Meaning of Freehand” (Routledge: 2015).

J. Michael Welton writes about architecture, art and design for national and international publications, and edits a digital design magazine at www.architectsandartisans.com. He is the architecture critic for The News & Observer in Raleigh, N.C., and author of “Drawing from Practice: Architects and the Meaning of Freehand” (Routledge: 2015). 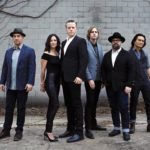 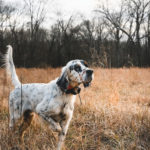 Next Story
Briar Britches: Lessons on a Grouse Hunting Trip