Can You Catch Tarpon in Virginia?

We departed Virginia Beach at 5:45 a.m. and headed for the Eastern Shore. The sun rose from the sea as we travelled over the Chesapeake Bay Bridge-Tunnel. A red streak emerged; its girth on the horizon was constrained by water and a patchwork of low-lying clouds. I estimated we were 150 feet above the bay, suspended in a “thin place” where the boundary between heaven and earth is remarkably thin. I’d read you can catch a fleeting glimpse of the divine in thin places, and divine inspiration was in order if we were to see—or catch—a tarpon in Virginia.

“This bridge is something else, and so’s that sunrise,” said Chris Young, a Roanoke College buddy who arranged the fly-fishing trip. “The guide swore he’d put us on tarpon if we came this week. He seemed confident—he texted me the other day and said there’s lots of tarpon, and he’s been getting a good number of hook ups for clients on bait. Fly-fishing clients are rare here.”

Young fished with Captain Zach Pfingst on the Eastern Shore a few months ago. Pfingst is a golf pro at Bay Creek Resort & Club in Cape Charles and also runs Marsh Madness Charters. He met my friend at an undisclosed location on the peninsula in his 18-foot Salt Marsh Heron skiff. The two sight-fished for a full day and Young caught redfish and striped bass on fly.

“If you want to have a shot at tarpon, you should come here towards the end of July,” Pfingst told my friend.

Pfingst was ready to go when we arrived at the harbor. He slowly motored away from the boat ramp and hit the gas as we approached the channel. Our guide spoke as he navigated tricky waters, threading the needle between tiny islands and avoiding shoals, oyster beds and crab pots until we reached a bay.

“I think we’re going to hit the tide at a perfect time,” he said. “You’ll cast right into potholes in the flat. The outgoing tide is in two hours, so we should have a window and plenty of shots at some big tarpon.”

“When did you first discover tarpon here?” I asked.

“I guess about seven years ago,” Pfingst replied. “Netters told me they were out here, and as you’ll see pretty soon, they are.”

I explained my familiarity with tarpon movements and the work of the Bonefish and Tarpon Trust (BTT). This publication featured the non-profit’s tarpon acoustic tagging project in the Winter 2019 issue.

Acoustic telemetry involves tagging fish with acoustic transmitters. Each tag emits ultrasonic pings through the water that are tracked by receivers strategically placed in the ocean.

BTT and collaborators have deployed 100 receivers spanning the Everglades to points west of Key West. The project also uses an extensive network of more than 4,000 receivers ranging from the Chesapeake Bay to locations across the Gulf of Mexico.

“Data collected so far reveals that tarpon have traveled as far north as the Chesapeake Bay and Virginia Beach,” explained BTT Research Fellow Andy Danylchuk, Ph.D., Professor of Fish Conservation at the Department of Environmental Conservation at University of Massachusetts (UMass) Amherst. “We believe tarpon are following high-lipid food sources, such as mullet and bait fish, into darker salt and fresh waters rich in nutrients. Anecdotal evidence suggests they have migrated as far north as New Jersey and Martha’s Vineyard.”

I joined Young knowing about this scientific evidence, but Pfingst was the first person I met who had seen and caught them here on conventional and fly tackle.

“They’re migratory and live on and around this flat for about six weeks during the summer, I’d say from mid-June to the first cold snap in August,” the guide said. “I rarely encounter any that must weigh less than one hundred pounds.”

He killed the engine and began polling the skiff across the flat. There was only one other boat in the bay, but he didn’t recognize it. That was a good sign; there’s hardly any pressure on these fish, and he wanted to keep it that way.

The three of us appreciated the calm and kept our eyes peeled on the water and on the reflection it held for an everchanging sky. By 7:30 a.m., I realized it may have been one of the most beautiful mornings I’d shared with anyone in my life. Fifteen minutes later, Pfingst noticed a tarpon. Suddenly, there were more.

Pfingst worked the push pole from the platform and Young and I took turns casting. Tarpon traveled slowly across the flat, moving in all directions. Some came rolling towards us with open mouths. There were lone fish and daisy-chaining pods. A few emerged close to the skiff, while others appeared in the distance, docile at play or feeding and well beyond reach of our casting abilities.

The guide moved us along. Fish broke the surface everywhere we looked. One school appeared at 12 o’clock and headed straight towards us. Their greenbacks caught the reflection of the sun and adrenaline raced through my body. I took my turn and fumbled a cast. I quickly retrieved the fly, removed eel grass from the hook and recast. My fly landed in front of the school, but it spooked them, and they changed course. Cast. Dispatch grass. Repeat.

I switched places with the guide so I could take pictures from the platform with my Leica. Young double-hauled and placed his fly right where he wanted it. He turned a fish and got a hit, but the excitement faded as quickly as it began. He recast.

The wind picked up and I was able to get more line out. Changing conditions affected the visibility, and the forked, gray dorsal fins that pierced the water earlier in the morning instantly disappeared. I had no choice but to blind-cast, and that’s when I hooked the tarpon.

None of us saw the eat but we experienced the violence together. There was an explosion in the bay, and the fish immediately burned away from the skiff and headed for deep water. Then it jumped; I saw the tarpon’s gills shake and was convinced it would spit the hook from its cement mouth. The fish jumped again, and the aerial feat made me want to take a knee on the casting deck.

My companions shouted—I was in shock and tried to keep tension on the line and my rod bent. At times the tarpon allowed me to bring in some line; there were other moments when the reel sizzled. Pfingst was convinced the drag was set perfectly.

The tarpon jumped a third time and landed sideways with a tremendous splash. Pfingst instructed me to reel and he put his gloves on. I brought the fish near the boat and reeled the tippet in so that it reached the guide at the tip of the rod.

Once again, I attempted to boat the fish, but was thrilled to see it take off on another blistering hundred-yard run. This time it led us into deeper water, and Pfingst became concerned when it pulled us near a crab pot that represented trouble. I tried to direct it away from the obstacle and was able to bring it back towards us. The tarpon tired and I thought I would get him alongside the boat, but he took off on another run and jumped two more times.

Our battle lasted for nearly 35 minutes. Later, Pfingst would show me on the computer how the tarpon dragged us two miles from the starting point. I became aware of that data point only after the line abruptly slackened and I reeled in my fly without my fish.

There was a collective sigh, but it wasn’t one of disappointment. We were humbled by an ancient species—a gamefish that migrated to a bay in Virginia with its brethren for a short period of time. I wish they could stay longer.

Book a guided trip with Pfingst by visiting www.marshmadnesscharters.com. 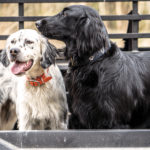 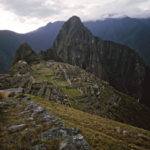 Next Story
The Highest Railway on Earth