4 Favorite Breweries in the Shenandoah Valley

Virginia’s scenic Shenandoah Valley is well known for its expansive rural areas with vast farmlands, and in recent years the region’s agrarian spirit has been extended to the production of high-quality craft beers. An initiative called the Shenandoah Beerwerks Trail (beerwerkstrail.com) connects close to 20 breweries—set in city taprooms and sprawling farm properties—but here we round up a sampler of our favorites to help you plan your spring sipping.

This hip brewery based in downtown Harrisonburg’s Ice House complex has become a mainstay of the Valley’s craft beer scene. With an industrial setting and a friendly vibe, the brewery complements its well-honed ales with some creature comforts, including a cozy fireplace and impressive libraries of books and vinyl records for guests to read and spin while sipping on favorites like the hoppy Deadly Rhythm Pale Ale.

What to Drink: Pale Fire nods to an old-school style with Red Molly Irish Red Ale, a malty gem that flavorfully mingles rich sweetness with the clean bitterness of British hops.

This Waynesboro-based brewery has garnered national buzz for great takes on hazy brews—juicy IPAs with loads of pungent dry hop character. Basic City’s main taproom, located near the South River and the southern entrance to Shenandoah National Park, is in a former metal factory that maintains the building’s original character. Brewery visitors can also eat well. Brick-fired pizzas are made at Lost Town Billy Pie inside the taproom, and a broader menu is offered at The Showroom, which is set in an 1800s-era farmhouse on the brewery’s campus.

What to Drink: Bask is a delicious double IPA that has found favor across Virginia. Made with the stellar combination of mosaic and citra hops, it’s bursting with flavors of citrus and pineapple but also smoothed out by the oats used in the brewing process.

Heliotrope is a majority woman-owned brewery in downtown Lexington. Many of the outfit’s small-batch brews are crafted with ingredients that are locally sourced, including the barley and oats in the hoppy Zamboni Joyride IPA. The local ethos is also extended to Heliotrope’s impressive menu of sourdough pizzas that feature a wide range of creative toppings like falafel, spicy pickled peppers and rosemary chimichurri.

What to Drink: Roggenlieder is a dark rye lager made with a house yeast that’s extremely sessionable at just 4.8% ABV.

Stable Craft is a working farm brewery set on the vast acreage of Hermitage Hill on the northern outskirts of Waynesboro. The scenic property, where horses roam and hops grow in nearby fields, holds multiple venues for hosting a range of events, including a regular schedule of live music. The destination brewery’s tap list is also long and varied, with approximately 20 different beers and hard ciders ready to be poured at any one time. The Stable Craft owners also place heavy emphasis on sustainability, recently launching a zero food water initiative that includes using wastewater to water hops and donating spent grain to nearby cattle farmers.

What to Drink: Great for easy sipping on sunny spring days, Appalachian Divide is a crisp blonde ale with a light body and subtle notes of caramel sweetness.

Cover photo: The scene at Stable Craft Brewing, which sits on an expansive property north of Waynesboro. Photo courtesy of the Shenandoah Beerwerks Trail 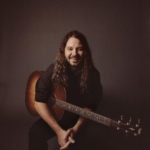 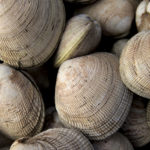 Next Story
Hank Shaw’s Guide on How to Purge Clams