Our Favorite Options from the South’s Whiskey Wonderland

Kentucky may be the Bluegrass State, but it’s best known, perhaps, for a particular brown spirit. Over 95 percent of the world’s bourbon comes from the state’s 70 distilleries, more than half of which are connected by the travel-friendly Kentucky Bourbon Trail. Whether you’re planning a whiskey tour or just want to mix a julep on the porch, we’ve rounded up a handful of our favorite Kentucky bourbons to sip this summer.

Woodford is the official bourbon of the Kentucky Derby, so you know it’s perfect for a mint julep. But among avid bourbon drinkers, it’s become a beloved staple, known as a high-quality option offered in relatively affordable bottles. Typically aged for seven years with a heat-cycling process for controlled maturation, Straight Kentucky Bourbon hits just right, with notes of toffee and cocoa, a bit of spice and a really smooth finish.

Located in Versailles, the Woodford distillery is on a historic site where whiskey has been made since 1812, and it’s an impressive stop on the Kentucky Bourbon Trail for guided tastings and tours. woodfordreserve.com

Let’s call this the bourbon of champions, and not just because it’s earned a serious stash of awards and accolades at spirits competitions around the world. Earlier this year when Los Angeles Dodgers pitcher Walker Buehler—a Kentucky native—received his 2020 World Series ring, he commemorated the milestone by buying all of his teammates a specially-engraved bottle of Eagle Rare 10 Year. Distilled at Buffalo Trace in Frankfort, one of the brand’s more accessible bourbons is, as the name suggests, aged in oak barrels for no less than a decade, resulting in a bold, big-bodied whiskey that has layers of flavors—spicy, herbal, and a little sweet—and a crisp finish. It’s a Bluegrass State gem that’s perfect for raising a glass to a title for the Boys in Blue. eaglerare.com

Made for those who dig a stiff drink, Maker’s Mark delivers with this cask-strength bourbon that comes in at 109 proof. It’s high-octane juice, for sure, but that comes with a mouthful of rich flavors, including vanilla and tingly spices. It’s a great slow-sipper on the rocks that’s widely available at a reasonable price.

The Maker’s distillery in Loretto is another popular stop on the Bourbon Trail, located on the idyllic, 1,000-acre Star Hill Farm, which holds North America’s first natural water sanctuary. makersmark.com

Based in Lawrenceburg, Four Roses is known for its distinctive bourbon blending. Every year the distillery makes 10 different recipes, four of which are used in the premium Small Batch, a straight Kentucky bourbon that’s extremely soft and mellow on the palette with bright notes of berries and an easy-going finish.

If you’re in search of some creative cocktails for the warm months, Four Roses offers an extensive list on the distillery’s website, including the Summer Thyme, which features Small Batch with a mix of lemon juice, Aperol, honey syrup and bitters. fourrosesbourbon.com

As the owners of this Newport-based distillery describe it, they’re putting “a new riff on an old tradition.” And indeed in a land of centuries-old whiskey operations, this outfit is a youngster that opened in 2014. But that hasn’t stopped them from pursuing the highest quality of the old-school masters. The distillery’s flagship Kentucky Straight Bourbon Whiskey is crafted based on standards of the 1897 Bottled-in-Bond Act, meaning it’s made during a single distillation season, never blended, aged four years and bottled right at 100 proof. The result is a palette-enlightening, full-bodied bourbon with an abundance of spicy rye character and a fruit-forward finish.

In the spring, New Riff announced it will expand whiskey production by 50 percent in the near future, so the distillery’s offerings, which include a variety of ryes and a seasonal winter bourbon made with chocolate malt, will likely have broader regional reach soon. newriffdistilling.com 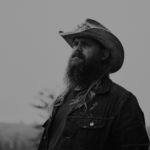 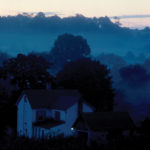 Next Story
The Road to Red Lion