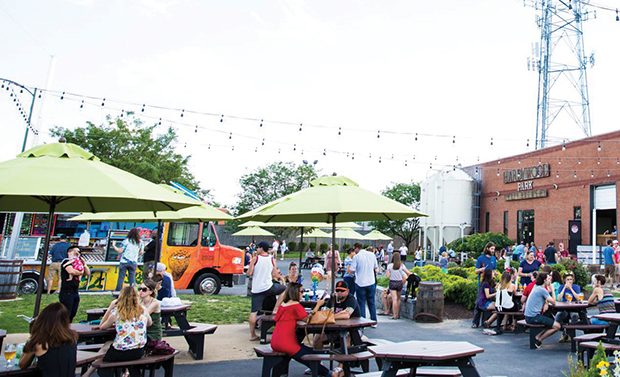 To put it simply, craft beer is booming in Richmond. The Virginia capital city’s metro area holds more than 40 breweries, ranging from hip neighborhood brewpubs to sprawling farm breweries. Here’s a sampler of some of the best spots making excellent brews in and around RVA.

On Tuesday afternoons it’s common to see loyal beer enthusiasts lined up on the sidewalk outside the Veil. That’s the day the popular brewery with an industrial vibe in Richmond’s revived Scott’s Addition neighborhood releases new cans, and often the fresh offerings don’t last long. With a loyal local following and national recognition, the brewery is known for crafting excellent high-gravity IPAs, creative stouts and an increasing number of sour and wild ales. Since opening the flagship location in Scott’s Addition in 2016, the Veil has added a second Richmond location in Forest Hill and a Norfolk outpost. In Richmond they also operate the Funkhaust Café, where they focus on wild barrel aging.

Must Try: Taps and can releases at the Veil are consistently rotating with fresh options. You can’t go wrong with any of their IPAs, especially the house offering, Master Shredder, or its “bigger sibling,” Eternal Shredder.

Hardywood helped give the Richmond beer scene a big push when they opened in 2011. Now a well-established local favorite, the brewery makes a solid line-up of core beers, including Richmond Lager and the Belgian-style Singel, that are enjoyed across Virginia. And in recent years, they’ve also become known for cranking out in-demand limited can runs and seasonal releases, like the much-loved Gingerbread Stout.

Hardywood’s original location, near Scott’s Addition, has multiple taprooms and an outdoor beer garden with bocce ball and cornhole. A second outpost, Hardywood West Creek, has a little more room to spread out, set on 24 acres overlooking Tuckahoe Creek.

Must Try: Richmond Lager is a refreshing old-school lager that goes down easy on warm days. In the cold months, track down Hardywood’s Gingerbread Stout, a seasonally released favorite that tastes like Christmas cookies in a bottle.

Final Gravity evolved out of Original Gravity, Richmond’s long-running home brew supply shop. When owner Tony Ammendolia decided he wanted open his own brewery, he outfitted the shop with a two BBL nanobrewery where he now makes a wide range of beers for all tastes, from hoppy IPAs to dry stouts and light sessionable ales. The low-key location on Lakeside Avenue, near the Richmond Botanical Gardens, is also still the spot to pick up homebrewing essentials.

Must Try: The Doppler Effect is a solid IPA, but if you’re in the mood for a darker brew, sip on the Irish Goodbye, a rich stout with notes of caramel, chocolate and molasses.

Starting in the mid 1990s, An Bui fostered a craft beer community in Richmond at Mekong, his delicious Vietnamese eatery well known for featuring a packed roster of taps. In 2014 he decided it was time to start his own brewery, so he expanded with the Answer—a relaxed brewpub with two bars and 56 taps pouring great beers from across the country, as well as those made in house. In addition to top-notch options for hop heads, the Answer is also known for its “Joose” beers, flavorful kettle sours made with loads of real fruit.

Must Try: The “Joose” beers are always rotating, so if you’re a sour fan, try to catch the Wonton Triple Sour IPA, which comes in at a hearty 10-percent ABV and is made with a variety of fruits like raspberry and apricot.

In 2016, this California craft beer staple opened a big East Coast production facility and accompanying taproom in RVA’s Fulton neighborhood. A pioneering pillar in the West Coast craft beer movement, Stone has become an integral part of the Richmond beer scene, and plans are in the works to expand in the city with one of the brewery’s World Bistro & Gardens restaurants in the not-too-distant future.

Must Try:  Fear Movie Lions is an unfiltered double IPA with tropical notes that was created by Stone’s brewers in Richmond.

Venture a bit outside the city to this scenic farm brewery on a spacious, nearly 300-acre property in Goochland County. Lickinghole Creek opened in 2013, and since, the brewery has become known for scenery, sustainability and a selection of creative beers—many made with ingredients grown on site. The brewers at Lickinghole cover a wide breadth of styles, from barrel-aged stouts and Belgian quads to juicy IPAs and refreshing hefeweizens. Bonus: The brewery’s expansive terrain also holds a nine-hole disc golf course.

Must Try: Time your visit with a release of Blueberry Obsession Imperial Chocolate Stout. 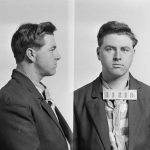 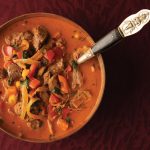