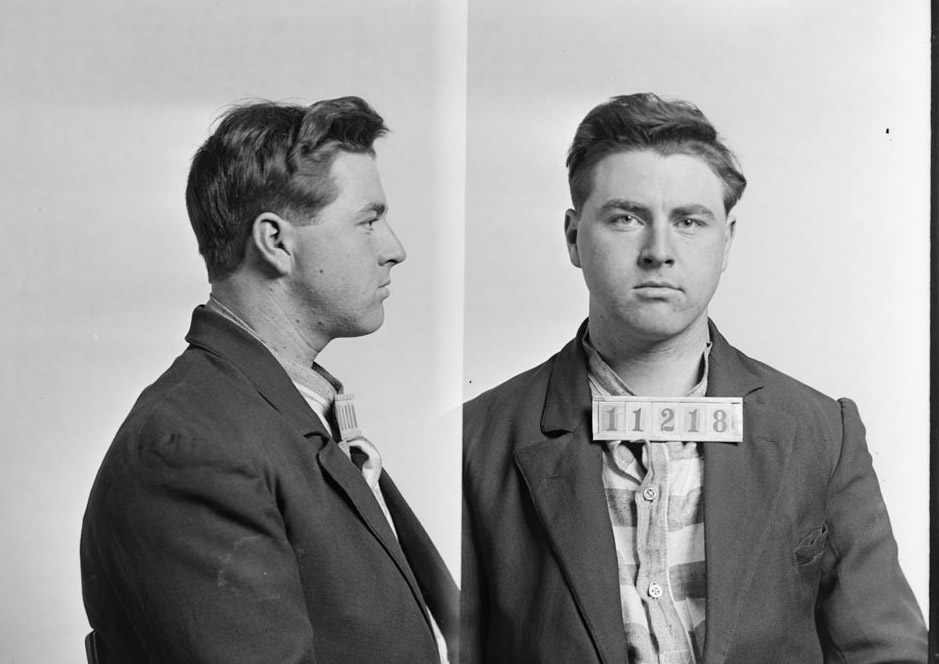 For Circuit Court Judge Thornton Lemmon Massie, the morning of March 14, 1912, in Hillsville, Virginia, crackled with a slew of unintended consequences.

The 45-year-old jurist, a native of Nelson County and an 1886 graduate of the University of Virginia Law School, was a firm believer in the rule of law. He was also a family man with a wife and three children back in Pulaski. At 200 pounds, with a neatly trimmed mustache, he was said to have carried himself majestically.

Most thought his path to the state Supreme Court was a cinch. A Democrat, he was a well-known and respected judge who traveled to courthouses in Pulaski, Carroll, Wythe and Grayson counties. On that raw spring day in Hillsville, he was presiding over a much-anticipated trial in the Carroll County Courthouse. It would not go well.

In 1912, Hillsville was a town of mostly wooden buildings, an unpaved street running through its center and a prominent red-brick and white-porticoed courthouse built in 1872. The community was home to between 600 and 700 mountain residents and run by Republicans who’d ascended to power during Reconstruction, displacing their pre-Civil War Democratic counterparts. The friction between the two parties was palpable.

“It was a mean place in those days—a mountain community with roads so bad that not many people were coming in, and if people were educated at all, they’d had five years of school.”

The center of attention that day in Hillsville was Floyd Allen, on trial for interfering with an officer of the law. According to Hall’s book, the previous spring Floyd and his brother Sidna had been charged with forcibly taking his two young nephews away from two deputy sheriffs who’d been transporting them to Hillsville to jail. As a result, the commonwealth’s attorney, William L. Foster and the clerk of court, Dexter Goad, had been trying to get them into court for the better part of a year.

Foster and Goad were not only political enemies of Floyd’s, but personal enemies as well. Floyd was the leading Democrat in Cana, a town 14 miles south of Hillsville. “The Allen men were very financially successful—Floyd and Sidna owned stores,” Hall says. “They weren’t hick mountaineers by any stretch—Sidna was probably the third richest man in the county at the time, worth $40,000 in 1912, which made him a millionaire in today’s dollars.”

In 1912, Floyd was 55 years old, weighed about 160 pounds and stood just under six feet tall, with light-blue eyes and a bushy mustache. It was not unusual for him to be called to duty as sheriff. Those who knew he was on their trail often turned themselves in rather than face him, because of his legendary short temper.

According to Long’s book, once aroused, Floyd could be overbearing, vindictive, high tempered and brutal with no respect for law and no regard for human life. His brother Victor said that Floyd had had an uncontrollable temper since childhood, and that his mother sometimes tied him with a rope to curb that temper.

Floyd was a fighting man, handy with his fists or a gun and not afraid to use either, Hall wrote. He was also a contrarian who, when convicted in 1903 of shooting his cousin, was fined and sentenced to an hour in jail. He refused the fine and the time, got away with it and vowed later never to spend a day in jail.

Floyd’s trial had begun on March 12. By the evening of March 13, the jury was deadlocked and sent to spend the night in a local hotel. March 14 would be Floyd’s day of reckoning.

According to Hall’s book, Judge Massie was somewhat naïve in his treatment of the Allens. He didn’t comprehend the political feelings in Carroll County and apparently felt that he could control the situation with the power of the laws of the Commonwealth of Virginia. As a believer in the system of justice he represented, he refused to arm himself, or even disarm those in his courtroom that March day in 1912.

The result was a tinderbox of a courtroom, locked and loaded. “The sheriff had a .38 automatic Colt, the commonwealth attorney had two pistols, the clerk had two pistols, and the deputy clerk and five deputies were armed,” Hall says. “On the Allen side, Floyd, Sidna, and Claude Allen (Floyd’s son) were armed; Floyd had a five-shot Colt revolver and Sidna had a .38 Smith & Wesson.”

Hall described the scene in his book:

Judge Bolen stepped forward, making a motion that the verdict be set aside and requested that a new trial be granted on the grounds of newly discovered evidence. He then stated to the court that he intended to file affidavits in support of his motion.

“Very well. When can you be ready to argue the motion, Judge Bolen?” inquired Massie.

“I think we can get the witnesses and get the affidavits up by tomorrow morning,” replied Bolen.

“Very well, we will set it to be argued tomorrow morning then.”

Massie paused, some said for as long as a minute, apparently considering the matter. Then he answered, “That is not the rule in Virginia, Judge. I can’t grant bail after the defendant has been found guilty and convicted, but if an appeal is granted I will bail him pending the appeal.”

“Your honor can increase the bond if you think it necessary,” Bolen offered. “We can pay any amount.”

Walter Tipton spoke up and informed Massie that his predecessor, Judge Jackson, had done that here on one occasion and that it had been done on other occasions in other places in Virginia

“No, that’s not the custom in Virginia,” replied Massie firmly.

“Judge, is there anything further you can do with your case today?”

The courtroom immediately grew deadly silent as if the spectators were trying to catch every word spoken.

“No sir, I don’t reckon there is,” he responded.

About this point, accounts of the event start to diverge. Floyd testified that he looked at Dexter Goad and saw that he already had his pistol out of his pocket and hidden in his left hand. He said he saw Goad wink at Sheriff Webb.

Floyd promptly straightened his tilted chair, stood, and fumbled with buttons on his sweater. He muttered something that couldn’t be understood, then announced: “Gentlemen, I ain’t a’goin’.”

Silence ensued briefly—then 57 shots erupted and exploded over the next 90 seconds. When the smoke cleared, five people had been killed and seven were wounded. “The judge, the sheriff, the prosecutor, a member of the jury, and a witness were killed,” Hall says. “All the deputies left—they had no appetite for shooting it out with the Allens.”

Floyd wouldn’t pull his pistol until he’d been shot twice, once by the clerk of the court, in the right side of his pelvis with a .38 automatic. He fell to the floor. “The deputy clerk shot him in the right leg with a 25 automatic, in the thigh,” Hall says. “He said he bought the gun to shoot Floyd Allen.”

Some said Dexter Goad fired the first shot, while others pointed to where Sidna and Claude Allen stood. What’s certain is that Judge Massie, leaning on his right elbow, was shot in that arm, the bullet piercing him below his shoulder. Because his body was tilted downward, the bullet plunged down through his arm, entered his chest cavity, ruptured a sub-clavian artery and pierced his lungs.

“Sid Allen killed me,” Massie said, just before he died.

The shootings rocked the nation. “It was the biggest thing to happen in Carroll County ever,” Hall says. “It was on the front page of all the newspapers until the Titanic sank on April 15 and knocked it off, from March 14 to April 15.”

Virginia Gov. William Hodges Mann dispatched the Baldwin Felts Detective agency to apprehend the Allens. “They arrived next morning and found Floyd in a hotel,” Hall says. “He went straight to jail.”

A Carroll County cottage industry emerged shortly afterwards. Thirteen books, including Hall’s meticulously researched account, have been written about the massacre, along with two Bluegrass songs – “The Ballad of Floyd Allen” and “The Ballad of Claude Allen.” A play and a number of documentaries also have been produced.

To this day, locals acknowledge that anyone saying “I ain’t a’goin” can still upset a courtroom in those parts of the state.

And for good reason.

J. Michael Welton writes about architecture, art and design (and the occasional gunfight) for national and international publications. He is architecture critic for The News & Observer in Raleigh, N.C., and author of “Drawing from Practice: Architects and the Meaning of Freehand” (Routledge, 2015). He is also editor and publisher of an online design magazine at www.architectsandartisans.com. 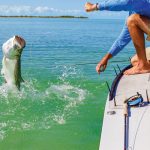 Previous Story
“Lords of the Fly: Madness, Obsession, and the Hunt for the World-Record Tarpon”
→ 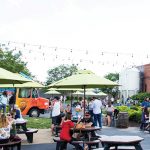