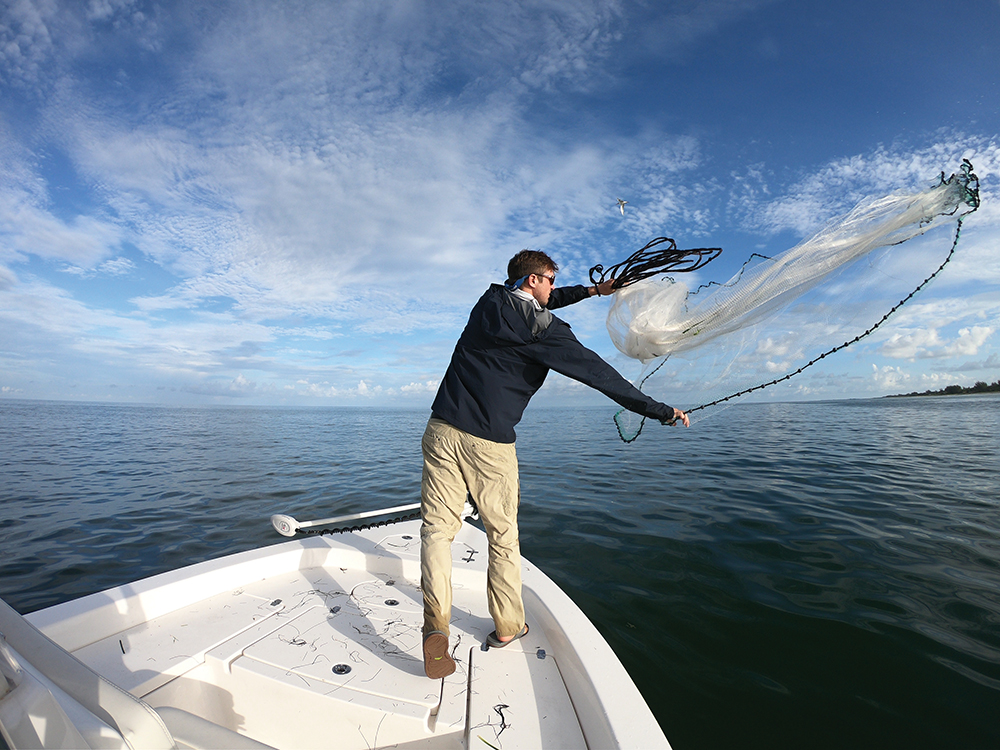 I listened, double-hauled and let the purple streamer—fly. For once, I didn’t unnecessarily false-cast, hook the guide or fumble line. My fly landed gently over a bed of seagrass. I stripped slowly, and a juvenile tarpon that was resting there followed.

The guide and my friend Charles Lunsford hollered with excitement. They fell silent when the young tarpon spooked and darted across the flat to the dark reaches of more grass.

A Virginian, Lunsford spends time in Boca Grande, Florida, which is known as the “Tarpon Capital of the World.” He is on the water as much as possible with renowned tarpon guide and teacher Tommy Locke; Lunsford says Locke has forgotten more about tarpon than most of the best tarpon fisherman will ever learn. Lunsford is also passionate about the fishery, and his obsession for chasing tarpon (“poon”) there has rubbed off on me. So has his regard for the Bonefish & Tarpon Trust (BTT).

BTT’s mission is to conserve and restore bonefish, tarpon and permit fisheries and habitats through research, stewardship, education and advocacy. The non-profit takes a science-based approach to protect and enhance healthy, functioning flats fisheries and habitats in the Western Hemisphere, and restore those in decline. This work is being done in collaboration with institutions and governments.

One of BTT’s newer research initiatives monitors the movements of different age and size classes of tarpon using sophisticated technology. A few years ago, Lunsford sponsored one of BTT’s tarpon-tracking tags, and Locke helps BTT tag fish with the devices. Each tag is surgically implanted in the tarpon’s abdomen, and then movements are tracked following safe release.

“Previous studies on tarpon movements relied on expensive satellite tags, which are limited to large fish for shorter periods of time,” said BTT Research Fellow Andy Danylchuk, Ph.D., professor of fish conservation at the at University of Massachusetts (UMass) Amherst. “Using satellite tags, researchers could only track fish weighing more than 100 pounds, and it was difficult to piece together movement patterns on individual fish because of short-term tracking capabilities. Acoustic telemetry is a real game changer, as it sidesteps these challenges.”

Danylchuk and Lucas Griffin, Ph.D., post-doctoral fellow at UMass Amherst, are leading BBT’s Tarpon Acoustic Tagging Project. The multi-year study, which is now in year four, uses acoustic telemetry to identify the movement patterns, connectivity and conservation concerns for tarpon across the southeastern United States. The work is funded by a BTT grant and sponsored by Maverick Boat Group.

“Tarpon are primarily a catch-and-release species, and we don’t really know a lot about the population health,” said Griffin. “Bonefish & Tarpon Trust and collaborating scientists rely on anecdotal evidence from guides and anglers before tackling research. We’ve heard that tarpon populations are in decline, but we don’t have the data to support that. This is where acoustic tagging comes in.”

Acoustic telemetry involves tagging fish with acoustic transmitters. Each tag emits ultrasonic pings through the water that are tracked by receivers strategically placed in the ocean. When a tagged fish swims within range of an underwater receiver, the “listening station” detects and stores the tag’s unique code and the date and time it was detected.

Tagging tarpon can be challenging because of their size, strength and the negative effects of taking fish out of the water.  As Danylchuk explained, “When these fish are taken out of the water, gravity takes over and potentially impacts the tarpon’s organs and physiology.”

“Catching a tarpon is difficult,” Griffin said. “Factor in open-water surgery, and you can see what we’re up against.” Sunbrella, a leader in performance fabrics, addressed this concern by designing a custom-made sling for BTT that helps keep tarpon safe and secure in the water while the team implants tags. “The sling has been a key factor in stabilizing tarpon after capture and in our ability to gather datasets after release. But as you know, they’re still tough to catch.”

BTT and collaborators have deployed 100 receivers (“listening stations”) spanning the Everglades to points west of Key West. The project also uses an extensive network of more than 4,000 receivers ranging from the Chesapeake Bay to locations across the Gulf of Mexico. As scientists detect tagged fish on their receiver networks, they share data with other scientists, effectively expanding the study area.

“I’ve spent a lot of time fishing in Florida and the Bahamas,” said Danylchuk, who also serves as an ambassador for Patagonia, Thomas & Thomas Fly Rods and Sight Line Provisions. “It’s important to figure out how to manage recreational fishing and discussing wildlife management and conservation.”

For example, there are no limits on harvesting tarpon in Mississippi and Louisiana. Georgia, North Carolina and South Carolina impose limits, while Florida and Virginia are only catch-and-release states for tarpon. Data from the tarpon tagging project may help BTT influence regulations to enforce catch-and-release in states where populations might be compromised.

“This is a long-term study that starts collecting data on a fish from the day it’s tagged for a period of five years,” Griffin added. “There’s a lot of speculation about tarpon behaviors. We work with stakeholders to define the questions, gather data to understand behaviors and how they relate to conservation. Bonefish & Tarpon Trust is truly unique because it collaborates with anglers and guides, then identifies the best-suited experts to do the science.”

BTT selected UMass’ Danylchuk and Griffin, as well as integrative biologist and conservation scientist Steven Cooke, Ph.D., from Carleton University in Ottawa, Canada, because they are specialists. Both universities and team members have vast experience with acoustic telemetry and the critical backend piece: statistics, modeling, visualization and data analysis. All members are also recreational anglers, so they understand motivations behind why people fish.

“When people see our truck in Florida with Massachusetts license plates and UMass logos on the side, they often wonder why local scientists don’t play more of a role in this program, but our skillsets are a match with the questions being asked and the best tools to use,” said Danylchuk. “There’s more to it than that, and we are collecting data that is helping inform and change government regulations for the benefit of these amazing fish.”

Data collected thus far reveals that tarpon have traveled as far north as the Chesapeake Bay and Virginia Beach. Danylchuk and Griffin believe tarpon are following high-lipid food sources, such as mullet and baitfish, into darker salt and fresh waters rich in nutrients. Anecdotal evidence even suggests that tarpon have migrated as far north as New Jersey and Martha’s Vineyard.

Maybe I won’t have to travel to Florida to spook my next tarpon.

Support BTT by sponsoring an acoustic tag for $3,000. You can name the tarpon and receive a certificate with its name and initial capture information, including general location and measurements. You will also receive access to a password-protected website to find periodic updates of your tarpon’s movements. You can also sponsor and name an acoustic receiver for $3,000. Sponsors will receive reports summarizing the tarpon detections it has recorded.

BTT notifies sponsors about when and where they will be working. If you are fishing in that area on tagging dates, call BTT when you catch a tarpon. Researchers will come to your boat, transfer the tarpon to the sling and implant a transmitter. You can also ride along with the team and watch scientists and anglers at work. 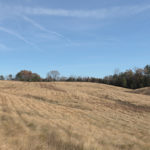 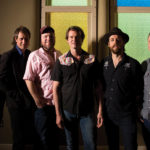