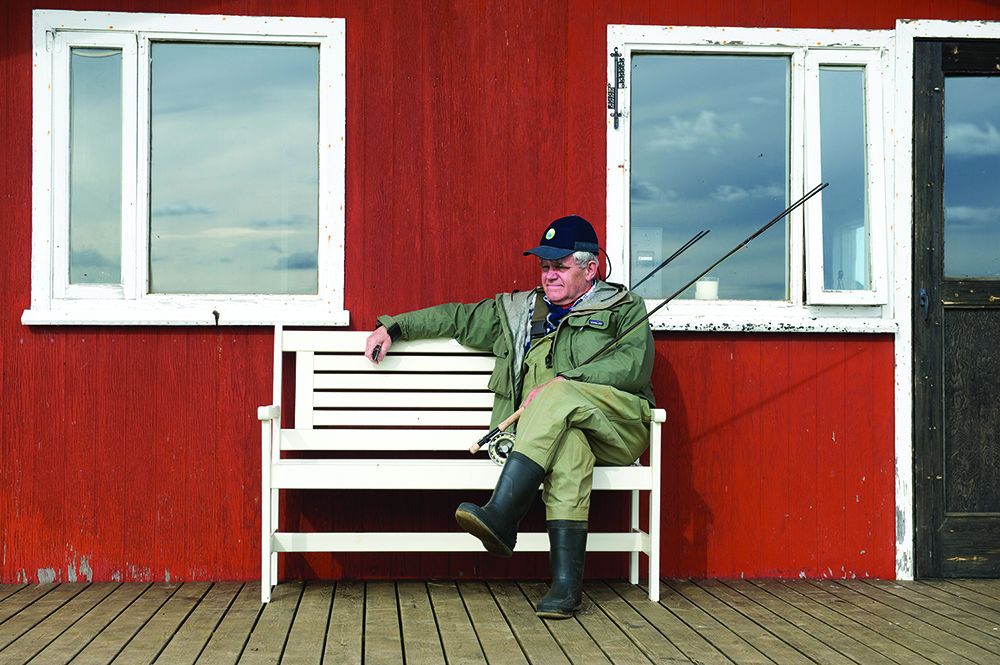 A Tribute to Orri Vigfússon, The Greatest Friend Wild Atlantic Salmon Could Ever Have

“Pick it up and cast again,” said Elvar Fridriksson, eyes focused on the eddying river.

Cover Image: Orri Vigfússon drew on his business acumen, negotiating skills and firsthand knowledge of the fishing industry to prevent the seemingly inevitable destruction of the wild North Atlantic salmon populations.  Photo by The Eleven Experience

My guide spoke firmly; his instruction cut through the wind. Absent from his tone was the frustration I felt from stripping my fly and recasting the stout seven-weight, single-handed rod for what seemed like the hundredth time. Fridriksson was patient as only one could be who spent most of his life fishing and guiding Icelandic rivers abundant with North Atlantic salmon.

Our day on the West Coast of the Nordic island nation began with calm winds, bluebird skies and unseasonably warm temperatures. As the morning progressed, however, a cold front produced heavy rains and raging wind. The change made it perfect weather for salmon fishing but challenging for a burgeoning salmon fisherman like me.

This wasn’t my first trip to Iceland, nor was it my first attempt at salmon fishing. (I wrote about my travels there in the Spring 2018 issue of this publication.) My experiences pursuing this amazing fish reinforced my desire to transform myself into a salmon fisherman—and not just an angler fishing for salmon.

“Your cast must be perfect,” insisted Fridriksson, clearly sensing my frustration after another errant cast. “These fish aren’t eating, they strike for reasons that aren’t completely known, but you need to work the water in a systematic manner and ultimately get the fly right where they can see it. You need to make them angry.”

Standing in the unspoiled, icy reaches of the Haffjarðará River, I was moved by the beauty of the surroundings and reminded of the importance of our natural environment. The Haffjarðará also happens to be one of Iceland’s most prolific salmon fisheries.

Originating at Lake Oddastaðavatn and running south to the sea, the Haffjarðará meanders through lava fields, desolate stretches and dramatic outcrops. It has been a fly-only river for decades and is extremely well managed; its annual catch numbers (during the last five years averaging nearly 1,600 salmon caught on three beats) prove the effectiveness of catch and release.

I am grateful to my friend Chad Pike for giving me the opportunity to fish the Haffjarðará. Pike is an expert fly fisherman and conservationist. He and his wife Blake are the driving force behind Eleven Experience, an adventure travel company with 10 properties around the globe customized for a variety of pursuits. Conde Nast Traveler recently named Pike one of 48 people changing the way we travel.

Pike is passionate about salmon fishing. He invited me to fish with him and his approach was direct and accurate: “You need to meet me in Iceland so we can fish the salmon-fishing equivalent of the Augusta National. When you return to the States, you’re never going to want to fish your dinky East Coast trout streams ever again.”

Iceland’s damp weather delivers plenty of rainfall and hundreds of glacial rivers rich in nutrients flow fast through the lowlands to the North Atlantic Ocean. It’s no wonder Pike loves to fish there and established an Eleven Experience resort with local guides so others can enjoy his passion. I certainly did and am now fascinated by these wonderful fish.

Atlantic salmon are known as the “King of Fish” and are anadromous—they can live in fresh and salt water. Their lives begin with spawning, hatching from eggs laid on the gravel bottoms of cold-water streams and rivers in Europe and North America. Called “smolts” during their three to four years of juvenile rearing, the fish undergo physical and behavioral transformations as they prepare for their journey to the ocean.

Striped flanks morph to a silver sheen as salmon adapt to their new oceanic environs. Fish that survive the perilous journey inhabit the North Atlantic for one to three years as they eat and grow into adulthood. Subsequently, innate homing instincts drive the fish back to the fresh waters of their birth to spawn, completing the circle of life.

Poor water quality is a new reality; degraded freshwater habitats from land use practices also threaten populations. In addition, disease, predation from introduced and invasive species and interbreeding with fish raised on farms for commercial aquaculture have impacted healthy populations.

“Experts estimated the North Atlantic salmon population to be nearly 10 million in the 1970s,” Fridriksson said. “Today, the estimates I’m aware of claim the numbers to be three million and declining.”

Aquaculture, over-harvesting and climate change are real threats that put these fish at risk for extinction. Some of these threats are environmental, while others are caused by humans.

“Salmon are an indicator species,” said Kateryna Rakowsky, who, along with Pike, sits on the board of the U.S. arm of the non-profit North Atlantic Salmon Fund (NASF). “Their health is a direct reflection on the health of the entire ecosystem.”

Only a small number of salmon become adults; some estimates report two fish reach adulthood from 8,000 eggs. Salmon must navigate fresh and salt water during a 2,000-mile journey from birth rivers to the sea. These fish are constantly under attack—from the feeding grounds off the coast of Labrador, to the West Coast of Greenland and the Faroe Islands. Common predators include larger fish—sharks, bluefin tuna, toothed whales and seals—birds and mammals.

Genetics play a key role in salmon survival. The fish swim fast, dive to depths of more than three thousand feet and can jump 12 feet out of the water. Salmon have survived natural and human threats for millennia and have inhabited more than 2,000 rivers in Europe and North America. The picture is bleaker today. Faced with habitat degradation caused by commercial overharvesting and now global warming, salmon populations are at risk everywhere and the fish is now listed as an endangered species. But there is hope, thanks to the creative efforts of a salmon fisherman in Iceland.

Orri Vigfússon was an entrepreneur, outdoorsman and conservationist who took a different approach to save salmon.

A man of action, Vigfússon recognized the pressures placed on salmon and understood commercial fishing operations in the North Atlantic were not sustainable. He also understood people and their livelihoods: hundreds of thousands of salmon were harvested each year by Greenlandic fisherman who needed to feed their families. Using the skills he developed over a lifetime as a businessman, Vigfússon went directly to the commercial fishermen. His approach centered around putting market forces to work for, and not against, conservation.

“I am a new kind of environmentalist,” Vigfússon said. “I don’t take the moral high ground. I sit down with people and say, ‘Let’s make a deal.’ I simply want to make a deal that’s good for them, good for us and good for salmon. We all come out as winners.”

Vigfússon formed the NASF in Iceland in 1989 and raised more than $35 million to purchase commercial netting rights in the North Atlantic Ocean. This quota buyout paid fisherman not to fish and supported related economic and social issues in the region. The efforts of the NASF have dramatically increased salmon stocks in numerous countries. The non-profit estimates commercial open-sea salmon fishing in the North Atlantic has dropped by more than 75 percent in the last 15 years.

Sadly, Vigfússon died in 2017, after fighting tirelessly for salmon for more than 27 years. He was named Time’s “European Hero” among other notable tributes. One rang particularly true: “[Vigfússon was] “the greatest friend wild Atlantic salmon could ever have. Every time we in the future see a leaping salmon, we will bow our heads in memory and respect of the great man, friend and bridge builder, Orri Vigfússon.”

As I stood in the swift-moving waters of the Haffjarðará, with only my waders protecting me from the cold, I felt fortunate to fish for this ancient species in such a pristine environment. I surveyed barren Icelandic landscape, harsh volcanic peaks and snow-covered mountains in the distance. It was not difficult to understand why this river was Vigfússon’s favorite—and with a tug at my fly—why the salmon was so special to him.

The challenges that salmon face are real and growing exponentially from changes that humans force on the environment. These ancient fish struggle to adapt, as they have done since the ice age, and a new threat has arrived: aquaculture’s open-net pen salmon farms that are run by commercial enterprises in the open ocean.

While salmon are confined inside circular nets, the “cages” may hold hundreds of thousands of fish with feed, excrement, antibiotics and other chemicals that settle to the seabed and pollute native waters. These conditions are ideal breeding grounds for sea lice, which attach to farmed fish and multiply in large numbers. Sea lice often attach to young and vulnerable smolts on their way to the ocean. These parasites feast on the salmons’ mucus and skin before feasting on muscle and fat, which can be lethal for the fish. Conservationists are concerned these farmed salmon escape and breed with wild stocks, which contributes to the decline of the species.

“Farmed salmon is just like a domesticated animal—it has been bred, genetically modified or enhanced to grow quickly, similar to how a chicken is farmed,” said Iceland’s North Atlantic Salmon Fund (NASF) Chairman Frid Gudmundsson. “A farmed chicken will not survive very well if it escapes because it cannot adopt to the wild. The same can be said about farmed salmon.”

As pressure increases in places like Iceland to open fjords to commercial fish farming, conservation organizations such as NASF and the Icelandic Wildlife Fund (IWF) are raising the alarm and working with communities, industry and government to craft solutions. One approach is to encourage consumers to avoid eating salmon raised in these open-containment environments and instead ask for sustainably caught wild salmon or salmon farmed in closed-pen, land-based farms.

Yvon Chouinard, Patagonia founder and producer of the documentary “Artifishal,” which addresses the financial, environmental and cultural costs of fish hatcheries and farms, said it best: “If we value wild salmon, we need to do something now. A life without wild nature and a life without these great, iconic species is an impoverished life. If we lose all wild species, we’re going to lose ourselves.”

Learn more at the NorthAtlanticSalmonFund.org

Eric Kallen is an avid sportsman who spends his time between homes in Charlottesville, Virginia, the mountains of western North Carolina and the shores of Mobile Bay, Alabama. 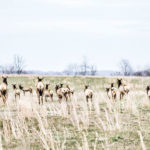 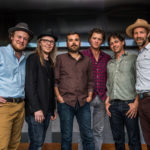