Renovations to the Virginia Horse Center

Horse lovers in Virginia have something to be excited about.

The Virginia Horse Center (VHC), a cornerstone of the Commonwealth’s equine industry, recently received a major gift from four donors that is funding critical renovations. In May, the VHC Foundation announced it is revamping two of the center’s major features: The Fletcher Arena and the “postage stamp” warm-up area. The plan is designed to maintain the center’s world-class standards by addressing footing and drainage issues in one of its biggest arenas. This will enable the VHC to remain a destination point for horse enthusiasts in the United States and abroad.

“These planned renovations will provide an enhanced opportunity for the Virginia Horse Center to host both national-championship-level events and international competitions. The project is fully funded and scheduled for completion in spring 2020. We are very excited about this opportunity and are grateful to our donors and supporters.”

About the Virginia Horse Center

More than 30 years ago, the VHC Foundation was created as a non-profit organization to stimulate the growth of Virginia’s horse industry. The foundation’s mission is to provide a world-class facility hosting regional, national and international equestrian events. On March 22, 1985, Governor Charles S. Robb signed the Virginia Horse Center into law. The next year, Governor Gerald L. Baliles hosted the groundbreaking ceremony for the Virginia Horse Center and it continues to improve with age.

The VHC campus is nestled in the heart of the Shenandoah Valley, just a few miles outside the historic town of Lexington. The modern facility has more than 600 acres dedicated to all aspects of equestrian activities. It offers nine show rings and eight schooling rings with specific footing for a variety of riding options. There are eight barns that are large enough to accommodate 1,000 horses. An indoor coliseum for special events holds 4,000 spectators. Other amenities include a tractor pull, campgrounds and a full café.

One goal of the VHC Foundation is to maintain its facilities to elite standards so people can enjoy Olympic-level shows and competitions. Events are held year-round, with multiple events each day during the summer. The VHC has integrated itself as an important part of the Shenandoah Valley culture, going well beyond horse shows. The facility regularly holds clinics, rodeos, dog shows, community events and the Rockbridge Regional Fair & Expo.

The VHC is home to the Hoofbeats Therapeutic Riding Center, a 10-stall barn and large outdoor dressage facility designed for people with disabilities. Hoofbeats believes in the therapeutic benefits of horseback riding. These include physical, emotional, mental and spiritual benefits. Hoofbeats focuses on four main areas: riding, competition, education and outreach.

The VHC Foundation constantly evaluates the center’s facilities to make certain its reputation as a major horse-industry destination maintained to the highest standards. Thanks to Virginia’s Jacqueline Mars, one of equine eventing’s most prolific owners and supporters, the VHC Foundation raised $100,000 to fully fund a VHC Master Plan through the “Jacqueline Mars Championship Challenge.” Mars offered to match any gifts of $1,000 or more up to $50,000; three donors offering gifts that totaled $50,000 matched the $100,000 overall goal.

The VHC Master Plan study was conducted in 2018. A team of civil engineers and landscape architects reviewed and approved the plan. The well-funded planning effort resulted in a targeted strategy of improvements for riders and spectators.

The implementation phase of the undertaking, however, came with a hefty price tag. The VHC Foundation prepared for a major fundraising effort totaling nearly $700,000 but was amazed by what happened next. Four donors stepped in to pay the bulk of the project’s funding. This benevolent act of philanthropy set the plan in motion fast.

“The horse center is blessed to have a strong family atmosphere,” Nicholson said. “The people who love and support the horse center came together and realized this would be a significant step forward for the center.”

VHC Board President Gardy Bloemers was astonished by the kind donations and the impact they have on the VHC facilities.

“I can’t thank Fritz and Claudine Kundrun, Bettina Longaker, the Rimora Foundation, and Peta Jean Wyllie enough,” said Bloemers. “Their willingness to commit such significant funds to this project and our facility is incredible and a testament to their support of the future of our facility. I am honored to lead the board during this renaissance for the VHC.”

The most pressing issue outlined in the plan is replacing the footing in Fletcher Arena. One of the larger outdoor arenas, Fletcher Arena is conveniently located for riders but is underused in competition because of poor footing conditions.

The footing of Fletcher Arena is currently sand on top of a bluestone base; it is a ground mixture that does not drain well. The footing becomes too wet or deep, making one of the main arenas on campus underutilized in competition. The VHC Master Plan study exposed more complex drainage issues and extensive engineering problems. Renovations will address these issues and transform Fletcher Arena into a high-caliber resource that will draw top riders from around the world.

The VHC chose Attwood Equestrian Surfaces to build the new arena. The Virginia-based company has installed equestrian surfaces in more than 500 facilities across three continents.  Attwood is known for using its background in science and technology to create a custom surface for any given climate. After studying present conditions, Attwood proposed modern drainage methods and special footing formulations for four-season riding in Central Virginia.

World-class footing is paramount to the project; Attwood’s expertise in ring construction and footing will result in a world-class outcome. Although spearheaded mainly by the dressage community, the arena renovation will also serve three-day events, show jumpers, and hunters. The new arena will attract international (Fédération Equestre Internationale or “FEI”) shows such as the North American Youth Championships (NAYC) and CDI events.

Attwood is proud to be partnering with The Virginia Horse Center to revitalize the Fletcher Arena. We appreciate the opportunity to provide our services in creating a world-class riding arena using the latest drainage methods and most up-to-date footing formulations. Our surface will provide a continuous-use arena no matter the weather conditions, and we look forward to the arena being used by equestrians for many years to come.”

Once the renovations are completed, the Fletcher Arena will have a new name: the Isabel de Szinay Complex, in memory of donor and advisory board member Bettina Longaker’s mother. de Szinay was an accomplished equestrian and cellist who went by the name of Dee Dee. The arena will be called The Dee Dee Complex. The warm-up area will be called the Rosevelt Warm Up area, after Virginia’s 2016 Olympic bronze medal winning stallion Rosevelt.

While the upgrades to the arena and warm-up area are under way, the vision is not yet complete. The VHC Foundation is still fundraising to construct a viewing pavilion, judges’ boxes and additional landscaping.

The effects of the Virginia Horse Center go far beyond horses and riders. According to a 2013 study, visitors to the VHC contribute approximately $37 million to the Lexington and Rockbridge County economies each year on lodging, meals and other expenses.

“This symbolizes that the Virginia Horse Center is at the precipice of what could be its greatest era.” added Nicholson.

Kurt Siefken is a freelance writer who was raised in Maine and southwest Florida. His work has appeared in The Virginia Sportsman and other publications. He lives in Charlottesville, Virginia. 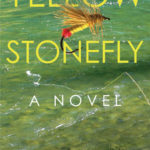 Previous Story
On a Yellow Stonefly
→ 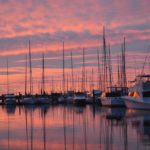