Leaning against the sink in the kitchen of an old Virginia farm house is the slightly built Tad Coffin, a horseman well known in the equestrian world.

On the wall behind him is a framed quotation from his grandfather: “To be truly great, a man must have beautiful dreams of how to make the world a better place and then work hard every day to make his beautiful dreams come true.” On the kitchen island are two of his innovations that he hopes will make a difference in this world.

Born and raised in Long Island, New York, Coffin started riding at the age of 10 under the direction of Raul de Leon. De Leon was a 21-year-old Cuban foreign student who found himself in exile when Castro overthrew the Cuban government. He took a job as a horse trainer and riding instructor and coached Coffin from the age of 12 until he graduated from high school at 18. In those six years, Coffin competed successfully in many equestrian events, including the Pony Club Invitational Championships in South Africa.

Fresh out of high school, Coffin qualified for the U.S. Olympic Three Day Event Team in 1973.  The coach of the team was the renowned French horseman, Jack Le Goff. Two years later, under Le Goff’s guidance, the team won gold in the Pan American Games, and Coffin also won an individual gold medal. In 1976, the team again won gold in the Olympics at Montreal and Coffin again won an individual gold medal. In 1984, de Leon and Coffin were invited to run the International Equestrian Institute at Morvan Park in Leesburg, Virginia, where for five years they trained riders to be riding instructors and coaches. Coffin moved to Charlottesville in 1992.

Since his days with the Olympic team, Coffin had been interested in improving the saddle. He believed the saddle is an integral part of the sport, the element that unites the horse and rider to become a single moving entity. Coffin credited his good understanding of the importance of the saddle to the classical training he received from his coaches who were masters of the sport. His first coach, de Leon, learned the sport in the riding club in Cuba among former officers of the German cavalry. In teaching Coffin, de Leon emphasized the classical principles of riding and training. The same emphasis was continued by his Olympic-team coach, Le Goff, who was the youngest rider to head the elite Cadre Noir at the French National Riding School.  The coach of the U.S. Show Jumping Team at that time was Bertalan de Némethy, who was a Hungarian cavalry officer. de Némethy was influential in developing riding and training methods used by show jumpers today.

Coffin’s formidable riding education and his competitive experience at the highest level of equestrian sport equipped him to pursue a career as a teacher and trainer. It also gave him insight into the crucial role the saddle plays in a rider’s success. Coffin began his involvement with saddle design after the 1976 Olympics. Saddles of his design were manufactured in England and sold in the United States by the Millers Harness Company.  When Coffin moved to Charlottesville, he began what would become the most exhaustive study of saddle design ever undertaken.

The first part of the saddle he attempted to correct was the tree—the skeletal structure of the saddle. Saddles have been left out of the sports-equipment evolution loop and the saddle tree has changed very little over the past 80 years. Coffin’s goal was to produce a saddle with better biomechanical properties that allows horses an unparalleled degree of freedom of movement. Using CADD software and CNC machining, his team experimented and conducted more than 4,000 trials over the last 25 years. By listening to the horse on every trial, Coffin kept improving the tree. With the guidance of Stan Yavoski, an extraordinary engineer, Coffin was able to effect subtle changes in geometry, materials, reinforcements and specific axis of flex. These changes resulted in a level of sophistication and complexity never experienced before by any horse or horseman.

About five years ago, Coffin began noticing something unusual: Horses seemed to be more relaxed when Coffin put one of his saddles on their backs. Nervous horses would stand quietly with a soft, patient expression; horses with back pain experienced pain relief from his saddles, with or without being ridden. It seems the saddle is not only influencing their biomechanics, but their entire physiology. In trying to gain a better understanding of what was taking place, Coffin came across the work of Gerald Pollock, a professor of bioengineering at the University of Washington who is known for his research on water molecules and has written and lectured extensively about what he believes is a fourth phase of water. Inspired by Pollock’s research, Coffin believes that the combination of materials he selected, the geometry of the tree and processes used to make the saddle tree, has created an electromagnetic field that is influencing the physiology of the horse.

The word is getting out. Equestrians looking for non-invasive solutions to horse problems of back pain, tension and diminished performance are quickly discovering the benefits if this technology. Some are even using it for their own health benefits, finding relief from pain, more restful sleep and more energy.

In recent months, Coffin has developed a modified version of his saddle tree for therapeutic purposes. He calls it the “Thera-tree.” It is a non-riding, saddle-like device used to relieve pain, create relaxation and improve athletic performance.  Riders and trainers are using his saddles and the Thera-tree to make dramatic improvements to their horses’ performance. Several Olympic riders  including American dressage rider Ali Brock, Three Day Eventer J. Michael Plumb, and Canadian Three Day Eventer Rob Stevenson have forgone their saddle sponsorship arrangements in order to take advantage of this technology.

In a recent test case, the Coffin saddle was able to create a profound change in a horse suffering from a debilitating back condition known as Kissing Spine. The horse, Bella, owned by Patsy Richards of Marshall, Virginia, was destined for surgery, injections and possibly euthanasia. After having a Tad Coffin saddle was placed on her for 18 days, X-rays of her spine showed that it had recovered 85 percent. The horse is now being comfortably ridden on a daily basis, an unthinkable possibility less than two months ago.

Jenn Fessler, a trainer certified by the U.S. Hunter Jumper Association, has been using Tad Coffin’s saddles for 15 of the 20 years of her career as a trainer. She finds the saddle simplified the training process because the horse is less tense, is able to move more freely and hence happier. Farriers and veterinarians also find it easier working with horses wearing a Tad Coffin saddle on for the same reasons.

As the quotation of Coffin’s grandfather on the kitchen wall suggests, Coffin’s dream is to perfect this device to make the world a better place, and he is working hard every day to make this dream come true. 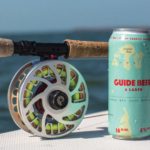 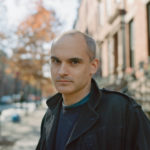 Next Story
“In The Distance”