In the opening scene of Hernán Diaz’s debut novel, there is a star-shaped hole in an immense stretch of ice. The frozen sea surrounding the fissure is white, vast and devoid of life. Barren expanse and sky merge into one. All is silent. The only distraction is the chasm, until a pair of hands come out of the water. Fingers claw into the snow around the edge of the hole and pull; a swimmer emerges from the abyss.

Håkan Söderström stands on the frigid plain and is colossal, muscular and naked. The bowlegged, contorted swimmer has long white hair and a beard. Diaz describes his protagonist: “He looked like an old, strong Christ.”

The titan retrieves his rifle and the ax he used to fashion the hole for his bath. Still nude, the swimmer follows his footsteps in the direction from which he came: back to the ship that is trapped in the ice. A few onlookers sneer, but most watch in awe as the giant boards the schooner, grabs his blanket and disappears below deck.

A week prior, a young, inept Captain Whistler ignored the advice of his crew and piloted the Impeccable into a strait filled with large, floating pieces of ice. Weather complicated matters; a snowstorm and cold front ensnared the vessel, delaying its mission to retrieve salmon and furs from Alaska and ice for the San Francisco Cooling Company.

With provisions rationed, disgruntled crewmembers swap—and question—tales about “The Hawk,” as Håkan is known throughout the book. He is a murderer, says one shipmate, a slayer of brethren settlers. And he is a bear killer. Another shipmate claims he killed a lion with his bare hands. One man declares the Hawk walks like a duck because his feet were branded. Others say he was a chief; he and his people were cliff dwellers; the Union offered the Hawk his own territory. Munro, an outspoken prospector, claims the stories are all lies.

The men grow quiet when Håkan returns to the deck wearing:

“…a coat made from the skins of lynxes and coyotes, beavers and bears, caribou and snakes, foxes and prairie dogs, coatis and pumas, and other unknown beasts. Here and there dangled a snout, a paw, a tail. The hollow head of a large mountain lion hung like a hood on his back. The variety of animals that had gone into this coat, as well as the different stages of decrepitude of the hides, gave an idea both of how long the garment had been in the making and of how widely its wearer had traveled.”

Håkan agrees most of the tales are untrue. He invites his shipmates to gather by the fire so he can share the truth about his life and journey.

The novel’s epic beginning sets the tone for the rest of the Hawk’s legend. His story begins in boyhood, when he and his older brother, Linus, depart Sweden for America and the city of “Nujårk.” Neither speak English, and the two quickly become separated on a wharf in Portsmouth, England. Håkan mistakenly boards a ship that sails to San Francisco. Months pass, and by the time Håkan arrives in California, he is determined to walk across the continent—against the tide of migrants heading west to find fortunes and better lives—to reunite with Linus in New York.

Diaz turned the Western novel upside down and the result is a masterpiece. The fiction, like its hero, Håkan, emerged from a void. Perhaps so did Diaz, who well deserves being named a finalist for the Pulitzer Prize and the PEN/Faulkner Award for Fiction.

Published by the small Minneapolis nonprofit, Coffee House Press, “In the Distance” (Oct. 3, 2017, paperback, 272 pages), the novel is a tale of a young Swede’s transformation against the hopeless and dangerous backdrop of the American West. Håkan’s suspenseful encounters are artfully described through the eyes of a boy in a man’s body challenged with a language barrier.

The man-child helps a family prospect for gold and becomes the sexual prisoner of a grotesque, powerful woman who owns a saloon. Håkan escapes, meets a naturalist in the desert and learns how to tan hides like a Native American. He is given a horse named Pingo, a proud, fleeting and ultimately heartbreaking experience as the beast meets his painful end. Håkan kills bandits to defend himself and protect homesteaders; in the process he loses a girl he loves. His myth and body grow to epic proportions as he travels further in western territory. Håkan is viewed as an outlaw; he avoids towns and finds solace—albeit loneliness—in the wilderness. He befriends a man named Asa and is finally shown true kindness and friendship.

Diaz’s novel ends where it begins, with Håkan’s carefully chosen words on the Impeccable.

The vessel’s name describes the flawless execution of the book. Perhaps the story of Håkan centers on what we all search for in this life: a brother and a home.

Hernan Diaz is the author of Borges, between History and Eternity (Bloomsbury 2012), managing editor of RHM, and associate director of the Hispanic Institute at Columbia University. He lives in New York. 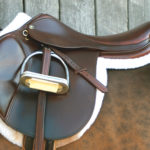 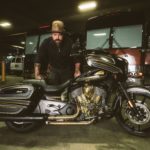