The day began like so many others in the mountains of western North Carolina: with a hike on an old logging road to one of my favorite mountain streams, Robinson Creek. The creek is remote and sits at the base of steep cliffs with an eerie backdrop; its dense vegetation limits visibility and leaves little room for back-casting. But this day turned out to be different.

I prepared to traverse the old bridge that’s situated above the creek. It provides access to the cool, spring-fed waters that make Robinson Creek so special. As I prepared to cross, a long, black object interrupted my peripheral vision. I sensed it before it came into focus. I looked to my left and into the grass off the road. My eyes adjusted to the light, and I suddenly recognized a large timber rattlesnake that shared the same girth as my arm. It must have been five feet long. The viper coiled with terrifying ease, and it gyrated its tail noisily to warn me of danger.

Something primitive in me kicked in. I froze, for sure, but I experienced a sensation I had never felt before. I cut my fishing trip short and headed back to the car. I shook the whole way home.

That encounter left a mark. I am a cautious hiker and always look out for snakes and other wildlife. I also care about my dogs, and I am thankful I decided at the last minute to leave them at the house that morning.

Like most dogs, mine are good natured and curious. I have a one-year-old Llewellin setter name Doc, and a three-year-old flat-coated retriever named Maggie. The dogs are rarely by my side on hikes; they are free to roam and explore. I believe I was most upset by what could have happened if they were with me. I could have exposed one or both of them to a fatal encounter with a large, venomous snake in the wild.

When I got home, I petted both dogs and told myself I was overreacting. Then I went online to do a little research and was startled by what I discovered. The American Society for the Prevention of Cruelty to Animals (ASPCA) estimates nearly 100,000 dogs and cats are bitten by venomous snakes each year. The mortality rates range from one to 30 percent depending on the size of the pet, species of snake and location of the bite.

There are three types of venomous snakes in the Mid-Atlantic: the eastern copperhead, northern cottonmouth and my new friend—the timber rattlesnake. All three are pit vipers and have a heat-sensitive pit organ between the eye and nostril on both sides of the head. They use the organ to detect prey. I wanted to learn more and turned to Jeff Beane, herpetologist at the North Carolina Museum of Natural Sciences.

“These snakes aren’t aggressive and will only bite if they feel threatened or are frightened by someone who may step on or near them,” said Beane. “They defend themselves. Most people misinterpret the snake’s actions. People believe that when a snake defends itself it is being aggressive. Nothing is further from the truth; snakes will only strike as a last resort.”

“What about dogs and snakes?” I asked.

“The frequency in which dogs are bitten by snakes is a strange thing. I think it could be attributable to the danger avoidance instinct that is being bred out of them. You rarely hear of wild canids being bitten by snakes. I believe wild dogs have retained some genetically programmed behavior. They either give venomous snakes a wide berth, or they are quickly capable of killing snakes without being bitten.”

My new-found knowledge made me uneasy, so I reached out to my friend Neal Kauder to get his perspective on my recent pit-viper encounter. Kauder is a professional dog trainer, and he and his wife Jane own and operate Orapax Hunting Preserve in Virginia. He has been instrumental in helping me get my dogs ready for the field.

“Snakes can be a problem for all dogs—not just hunting dogs,” Kauder explained. “We see as many dogs getting bitten by poisonous snakes in their backyards as we do in the fields. That’s why we offer an annual snake-aversion clinic at Orapax. I highly recommend you attend this year and bring your dogs.”

I couldn’t say no to his intelligent recommendation and welcome invitation. When I arrived at Orapax, Kauder introduced me to Grayson Guyer, owner of Lost Highway Kennels in Winston Salem, North Carolina. Guyer raises and trains hunting dogs and regularly holds snake-aversion clinics.

“Dogs and venomous snakes don’t mix,” Guyer said. “Dogs are naturally curious and often put these snakes in a position where they feel the need to strike.”

“No method is full proof,” he replied. “But what we do is expose dogs to venomous snakes. We let them see and smell snakes. This exposure gives them a full sensory experience, and then we apply a momentary, high-level stimulation from an e-collar. The dogs then associate the snake with the painful stimulation, and the desired avoidance kicks in.”

“The correction level isn’t high enough to harm the dog, but it is high enough to make the dog associate the shock with a snake encounter,” Kauder added, so that I understood the impact the shock will have on my dogs. “We call this a one-time, negative-aversion learning event.”

I thought a momentary shock from an e-collar was a small price to pay for potentially saving my dogs’ lives. Kauder agreed.

“All of my dogs have been through the program multiple times,” he said. “I’ve seen first-hand where they have avoided run-ins with snakes while hunting.”

Fifty dogs were led through the program that day, and some dog owners travelled from Pennsylvania and other long distances to attend the clinic. My two were the last to go, and I was able to observe how they reacted as Guyer trained them.

First, Guyer fitted each dog with an e-collar. Then he walked Doc and Maggie towards the first of two boxes; the first box held a copperhead, the second confined a timber rattlesnake. The trainer allowed each dog to approach the box freely. This gave Doc and Maggie the opportunity to see and smell the snake. Both my dogs fell victim to curiosity and temptation. They approached and actually touched the first box.

“That’s the reaction we expect, and it’s actually what we want to happen,” said Guyer. “That behavior gives us permission to apply the e-collar stimulation. The correction creates a relationship between the snake and discomfort from the collar.”

Next, Guyer led them to the second box. I admit the sound of the snake’s rattle sent a chill up my spine. The dogs’ enthusiast behavior they displayed moments ago was already gone. They acted like something was wrong, and neither dog approached the box or showed any interest in it. Lesson learned.

In the final step of training, Guyer exposed the dogs to an uncaged, non-venomous boa constrictor. I observed Doc and Maggie pass this final test with flying colors; they wanted no part of the snake.

Relieved, I left Orapax hopeful that my dogs will remember this training if they ever have a chance encounter with a snake in the hunting field—or my backyard. As pet owners, we owe it to both species to keep them safe.

Eric Kallen is the editor-at-large of The Virginia Sportsman. 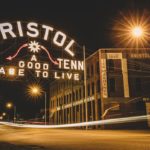 Next Story
Can You Catch Tarpon in Virginia?