As a Virginia upland bird hunter and pointing-dog owner in 2021, it’s easy enough for me to curse our great commonwealth’s paucity of wild birds, down from the storied bounty of bobwhite quail that Virginia boasted just a few decades ago. What we do have in abundance, however, are the sort of resources to train bird dogs that are comparable to—or could be the envy of—any state in our nation. With that in mind, I suggest we instead view our state as a home base and world-class training ground that equips us to pursue the toughest wild birds in the United States.

While training my Brittany, Lincoln, in Central Virginia, I couldn’t help but think of him as Rocky Balboa preparing to take on heavy-weight champions across the country. Now four years old, Lincoln is in his prime with experience on pen-raised birds, ruffed grouse, American woodcock and wild bobwhite quail. In 2019, Lincoln was named the U.S. Complete National Amateur Gun Dog of the Year.

Despite last year’s success, our return trip to the fields of Kansas and Nebraska reminded me of Rocky IV; like Rocky, Lincoln had unfinished business with an imported champion and worthy adversary—an avian version of Captain Ivan Drago—the wild rooster pheasant, which is the wild game bird that eluded our bag last year.

Known for frustrating some of the best American pointing dogs, roosters run unseen through tall grasses on muscular legs, wildly flushing on the far side of a field like a missile sortie when safely out of shooting range.

To prepare for our trip, we upped our training game on pen-raised roosters with our friend Neal Kauder at Orapax Hunting Preserve in Goochland, Virginia, and his Llewellin setters Blanco and Cutter. We selected destinations better known for wild pheasant contact over quail. We also invited reinforcements—friends who trained with us under Neal’s mentorship and Rick Smith’s tutelage at Orapax. Rodney Seay and his Llew, Huck, and Bret Efird and his wirehaired pointing griffon, Dutch, joined us in our second attempt to bag wild roosters. Rodney and Bret are also great shots, and their well-trained, obedient and talented dogs were welcome additions to our hunting party.

Our team worked and trained hard together. Rocky’s pre-bout training took place in Siberia, USSR; Lincoln’s occurred in Virginia and culminated with a pre-trip pheasant exhibition hunt with our team at Orapax. Neal and I entertained Seay and Efird with tales from our failed attempts to bag wild roosters on our last trip and embarked on our journey with high hopes and the classic Rocky theme song playing in our heads.

We drove for two days and had a fitful night’s sleep before the first hunt. As we feared, our first contact with rooster pheasant dashed our high hopes. The dogs tracked and pinned plenty of hens, but the elusive roosters again escaped the dogs’ points and our guns with their running escapes and aerial displays. We filled in the yawning gap of rooster success with a few coveys of quail, but a creeping worry began to grow. Would Lincoln and I lose the rooster battle once again? In each flushing rooster’s cackle, I swear I could hear Drago’s hushed threat, “I must break you.”

But then the magic began to happen.

Following overnight whiskey-soaked game plans drawn up to block and tackle roosters, we divided our team the next morning with two gunners and two dogs and simultaneously entered opposite sides of the fields. Within 15 minutes, we bagged our first wild-flushed rooster. A few more followed. Our wild-flushing success led us to wonder: is it possible for a pointing dog to get a sustained point on these wily birds, or would flushers better fit the bill?

Then, our team was dealt a heavy blow: we had to place both Lincoln and Dutch on injured reserve because of paw-pad injuries from sand burrs. While our block-and-tackle method yielded more wild-flushed roosters in our bags, we had yet to flush any of them from a held point. We were also in danger of running out of dog power with more paw-pad injuries.

The next day, we took Lincoln off injured reserve. By afternoon, our prize fighters were back in the game wearing rubber-boots that resembled boxing gloves to protect them from burrs. After some success on quail, we tried one last field before sunset. Our dogs immediately got birdy, raising our hopes that a rooster was afoot. And then, a bunny bolted from the groundcover. We rolled our eyes and began to gather our dogs.

Kauder and Efird headed back to the cabin, leaving Seay and me to wait for Lincoln, who was stubbornly rooting back into the cover. I decided to indulge him.

“What’s a few minutes of fun as the sun sets?” I thought.

My GPS handheld buzzed in my hand, signaling a point. Seay had his back turned to us, watching the start of the third spectacular sunset of the week.

I pushed through thick chest-high grass and reached Lincoln, steady as a rock, eyes bugging. Nothing. Maybe another bunny? Maybe a single quail?

I stepped in front of him and started kicking. One of the largest roosters I’ve ever seen erupted from the grass. Seay was as surprised as I was but managed to take the shot and the bird fell. Lincoln was still frozen in place, looking at me expectantly. I managed to keep my cool and gently stroked his side. “Fetch!”

Lincoln plowed through the grass and gathered the rooster in his mouth.

“Here!” It wasn’t his smoothest handoff, or mine, but we were both excited that it finally happened. The wild imported champion had fallen to the mat for the first time on a perfectly executed track, point, pin and hold. It was all I could do to not raise Lincoln’s paw in the air and declare him champion.

Lincoln trotted back to the cabin with us in his rubber-boot boxing gloves, proud as a peacock. Seay and I strutted beside him; the bird slung like a championship belt over Seay’s shoulder. We were eager to tell our buddies about our win in the day’s dying light.

Lincoln’s successful breakthrough presaged the rest of the week’s knockout rounds with the world champion upland bird of the Midwest, now on wobbly feet. Finally, our Virginia-trained pointing dogs boxed, pinned and held wild rooster pheasants. As the credits for the trip rolled, Lincoln and his buddies claimed their places as world-champion prize fighters. Like Rocky, they trained hard to knock out wild rooster pheasants, the Captain Ivan Dragos of the midwestern prairie.

Robb Moore is a ninth-generation Virginian and a skipped-generation bird hunter who lives in Richmond. He’s written online and print articles for Project Upland and its biannual sister publication, Hunting Dog Confidential. In addition to his day-job as a higher-education administrator at his alma mater, the University of Richmond, Robb also helps out as an amateur bird-dog trainer at Orapax Hunting Preserve and blogs about his and Lincoln’s journey at amanandhisbirddog.com/blog. 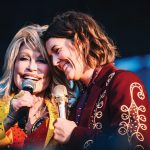 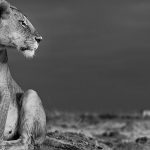 Next Story
“Nor Dread, Nor Hope Attend” Wildlife Photographs from the Plains of Africa