The Highest Railway on Earth

A look back on a life-changing journey to Peru in words and photos.

In June 1967, a colleague presented me with an opportunity. He asked if I would travel with him to Peru for three weeks to photograph the highest railway in the world. I was familiar with Alex Crosby’s work and couldn’t say no.

Crosby was the author of a book about Peru’s Rimac River. While there, he became intrigued by the Peruvian Central Railway (now the Ferrocarril Central Andino, or FCCA), which follows the river nearly 16,000 feet into the Andes Mountains. He thought a book about the subject would be worth writing, and I wanted to help him illustrate the book.

After a quick bit of research, I learned the mastermind behind the Peruvian railroad was American promoter, entrepreneur and railroad builder Henry Meiggs, who successfully engineered several railroad projects in the United States and Chile. In 1868, the Peruvian government contacted him to build a railroad. Later that year, Meiggs was cited for fraud in the construction of a 2,000-foot wharf in the San Francisco Bay.

Meiggs absconded aboard the brig America bound for South America. His creditors learned about his escape and pursued the sailing vessel with a fast steamer. The chase was cut short, however, when the engine failed just before overtaking America.

When he arrived in Peru, Meiggs recovered his finances and put his talents to work. He hired Peruvian, Chilean and Chinese laborers. Under his direction, they completed more than 60 steel bridges and tunnels, with numerous switchbacks that enabled the railroad to extend from Lima to the summit at La Oroya.

The railroad eventually reached an altitude of 15,692 feet after they completed the Galera summit tunnel under Mount Meiggs. This feat made it the highest railroad in the world until the opening of the Qingzang railway in Tibet a number of years later.

I also learned Meiggs’ name was cleared 100 years after his death.

I arrived in Lima and joined Crosby at the Plaza de Armas Hotel. After checking in, we strolled around the large square across from the hotel and saw the Government Palace, the Cathedral of Lima and the archbishops Palace, which features impressive, ornate cedar balconies.

We entered the cathedral. Conquistador Francisco Pizarro laid the structure’s first stone in January 1535. At the time, his mummified remains were on display in a glass casket. In 1977, workers uncovered a different casket engraved with: “Here is the skull of the Marquis Don Francisco Pizarro who discovered and won Peru and placed it under the crown of Castile.” Forensic anthropologists and historians confirmed the new remains were Pizarro’s. They are now in a small coffin inside the glass sarcophagus.

The next day, Crosby and I visited the Pacific port of Callao, the endpoint of the Peruvian Railway. Later, we boarded a train in Lima, which meandered along the Rimac River. We ascended numerous switchbacks for more than 100 miles and passed the river’s source in the highlands. Then we reached the summit of the Andes.

There were only a few passengers in our coach: an American couple who were touring Peru, and a group of female students on holiday. The young women noticed the cameras hung around my neck and wanted to know what we were up to. I explained our purpose and noticed the American woman sketching. When she finished, she gave me her amusing pen-and-ink portrayal of my interaction with the young girls. The inscription read: “Chiles at the Summit.”

We traveled through the Galera summit tunnel under Mount Meiggs at 15,692 feet and reached the station in La Oroya. The railroad switched the train’s engines there on a large turntable-like configuration. This was necessary for the trip down the mountain to Huancayo.

“Soroche,” the Peruvian word for altitude sickness, can occur at heights of 8,000 feet above sea level. I either forgot or was unaware of soroche, but I learned firsthand what thin air can do to someone at high altitudes. The symptoms hit me after I got off the coach to take pictures. I ran to catch the train, and when I climbed on board, my body trembled. Crosby summoned the conductor, who carried an airbag made of animal skin. He placed the nozzle into my mouth and slowly invigorated me by slowly squeezing the bag with his arm.

We finally reached Huancayo in the late afternoon. The city, which sits on the Atlantic side of the Andes, is a cultural and commercial center in the fertile basin of the Mantaro Valley. Indians and mestizos (people of mixed European and Indian decent) from surrounding villages flock to the city’s colorful Sunday market. We found a charming guesthouse for our overnight stay.

Back in Lima, we hired a driver to follow the train as it climbed the mountain. This enabled me to photograph the train as it crossed over high bridges heading for the summit. Soon afterwards, Crosby and I finalized our work on the railroad story. As a bonus, he decided we should make a side trip to Machu Picchu. I was delighted.

We departed for Machu Picchu by way of Cusco, which was once the ancient capital of the Incan Empire. The old section of the city dated back to the 13th century and reflected a blend of early Incan stonework and Spanish colonial architecture.

The only way to travel to Machu Picchu from Cusco is by train. It runs along the Urumbama River valley for more than 50 miles. Archaeologists believe Machu Picchu was built for an Incan emperor in the mid-15th century, but the Inca citadel was abandoned after the Spanish conquest. It is known as the “Lost City of the Incas.” The Spanish knew about its existence but never found the site. It remained “lost” until the Hawaiian historian Hiram Bingham discovered it in 1911.

When Crosby and I arrived, we practically had Machu Picchu to ourselves. The citadel is divided into urban and agricultural sectors. Roughly 700 terraces are carved into the mountain and fortified by granite walls. These terraces help keep Machu Picchu stable, but the exact purpose of the citadel remains a mystery.

Close by the settlement, we came across a crude structure with several iron bunk beds. We spent the night there. I rose early, before sunrise, so I could capture a wide-perspective shot of the village. The sun began to rise, and its beams illuminated the ruins for the benefit of my instruments.

From my perch, I discovered that Machu Picchu sits like a saddle between two mountains above the Urubama River, which flows around the site on three sides. Huayna Picchu, the towering cone-shaped pinnacle, soars more than 1,000 feet above the village and provided a striking backdrop.

The Incas built a steep trail up the side of the mountain and erected temples on the pinnacle. I strolled through the remnants of the former community and admired the walls; massive dry-stone blocks were fused together without mortar. Several sections of the city offered excellent subjects for my cameras. These included the Temple of the Sun and the Room of the Three Windows, which are dedicated to the Incan sun god.

I searched but couldn’t find Crosby. He was lost in the “Lost City.” Repeatedly, I hollered his name. Eventually I heard his faint call that led me to him. Crosby was climbing up the steep Huayna Picchu trail. I smiled and followed the man to new heights.

Chiles Larson is a frequent contributor to The Virginia Sportsman. He is the author of “Virginia’s Past Today,” a series of photo essays all linked to the theme of continuance, and “Barboursville Vineyards: Crafting Great Wine Inspired by Spirits from the Past.”

All photos by Chiles Larson 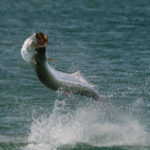 Previous Story
Can You Catch Tarpon in Virginia?
→ 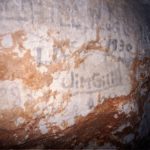 Next Story
The Autograph room