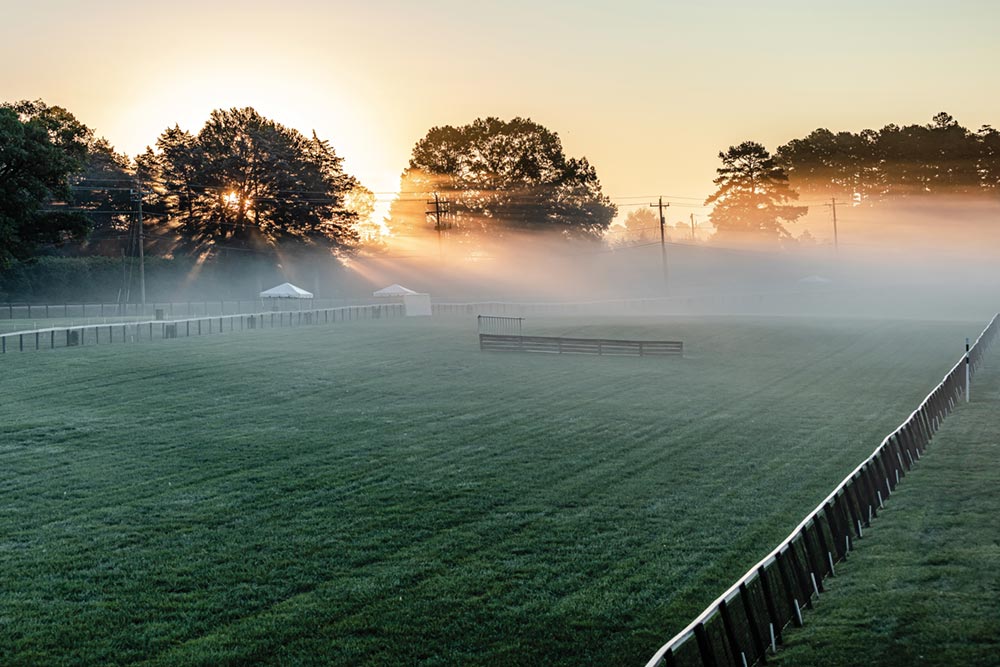 Racing into a New Era

You hear them before you see them. Feel them too. A sort of mini-tremor beneath your feet. By the time you look it is breathtaking, colorful silks against the blue sky atop one of nature’s most gifted and majestic athletes. You barely have enough time to raise your phone or camera and whoosh…they are gone, wowing the next group along the rail, and the ones after that.

Steeplechase. If you have never been, then you need to change that. And if you happen to find yourself in Charlottesville, Virginia, on certain weekends in October, or April, then you are in real luck. The Foxfield Races are an institution there, woven into the fabric of the community as a can’t-miss social highlight and a green-coated paradise for horseracing lovers. The races have a rich history, dating back nearly 50 years. But if not for the heroic efforts of a group of locals who fought to prevent the sale of the 179-acre farm to developers with plans for subdivision, there might not have been a future.

John Macfarlane is one of those locals. He calls himself a Foxfield “neighbor,” despite noting that he lives some five miles away. That is the way it is with Foxfield and Charlottesville. It’s special enough to be everyone’s landmark and treasure. Several years back, he was approached by Rex Linville of the Piedmont Environmental Council. There were rumblings of a sale afoot, and Linville was interested in exploring how it might be acquired and put into conservation easement. Macfarlane and his wife Dudley joined fellow supporters John H. Birdsall, Harry Burn, Reynolds Cowles, Landon and Kiwi Hilliard and Jack Sanford, Jr., as plaintiffs in a legal effort to protect the intentions laid out per the wishes of its original owner, the late Mariann de Tejada.

Ultimately, a deal was reached to put the property into conservation easement. “It was,” Mcfarlane said, “a win-win all the way around.”

Another neighbor, this one right next door, is playing an important role in the revitalization effort from a variety of angles. Zach Miller is a lifelong resident of Albemarle County who runs his family’s Timbercreek Farm, but his connection to the races has to do with more than proximity alone. Miller is a former steeplechase jockey who had some of the biggest moments of his career as a 19-year-old apprentice rider on the Foxfield turf, where he could often get a full book of rides on race day.

“My grandmother had horses that ran here, and I got to meet jockeys when I was a kid,” Miller said. “As a function of that, I got connected with the late Felix Nueshe, who was an important pillar of the horse community here, and he helped launch my career as a rider.”

That career was cut short just three years after it began due to injury. Staying around the game was too painful for him, Miller shared, and he turned his attention to production agriculture at Timbercreek, raising pigs and chickens and cows.

Now, a decade later, Miller has come full circle, exploring how thoroughbreds fit into his farm’s plans. Supporting the Foxfield Races as a board member, he said, allows him to give back to many who helped him rise through the ranks as well as give back to his own community. “I love being part of a process that is refocusing our community on connecting with something that has been a part of the fabric in Albemarle County rural life for generations.”

The refocusing effort is aimed at enhancing the Foxfield experience in a way that will introduce its magic to all corners of the local community in addition to continuing to enhance its appeal among the equestrian set. The organization’s tagline is “Racing into a New Era,” and if this year’s Fall races are any indication, they are off to a blazing start.

The traditional trumpet call that brings the races to order signaled the start of a new day for Foxfield, as more than 4,000 attendees, many of them families, gathered under a bright sky and hot autumn sun to tailgate along the rail. Many were longtime Foxfield veterans, while others were getting their first up-close look at the proceedings. “This year’s October races,” said board member Steve Bowers, “provided a great picture of what the future of Foxfield looks like.”

One of the cornerstones of that future, Bowers said, is a renewed focus on racing. “We are looking to create a race-day experience that is safe and investing in infrastructure that supports a 21st Century event.” The focus on racing is an important distinction. Foxfield, and particularly its spring event, has over the years become known for its party culture more than for the races themselves, and tends to draw a large and often boisterous population of University of Virginia students.

“As we envision the spring race,” Bowers said, “we are committed to figuring out that puzzle of how the student population fits in, and how the community can increase its footprint in terms of attendance. Moving away from what we call the ‘red solo cup culture’ is an absolute priority for us.”

The focus, he said, is on figuring out how to integrate Foxfield more fully into the community in a meaningful and authentic way. “We want to bring new facets of our community into the racing culture.”

A key part of accomplishing this goal is revamping Foxfield’s charitable partnerships. Instead of working with different charities each year, the board has created lasting partnerships with two organizations: Habitat for Humanity in the fall, and The UVA Children’s Cancer Center in the spring. The group raised $50,000 for Habitat last fall to support its efforts at community building throughout the area. “Habitat for Humanity is about so much more than just home building,” Macfarlane said. “It is a community of people building lives for so many people here. We are excited to help them facilitate their mission, but we are also excited to involve the residents of these communities in our events.”

“I think there is an opportunity with youth from around our area,” Bowers said, “and an opportunity with folks who may never have been in the physical proximity of a horse before—all the way through getting people in the equestrian community even more excited about what we are doing going forward.” These efforts, he added, will be part of a year-round education process. “What we really want to do is to bring the stories of Foxfield to life in a way that builds excitement for the next race, and the ones to follow.”

One way is to get the equestrian community to further embrace the quality of the racing experience. “Simply put, horsemen put too much time and energy into their horses to run on a subpar course, or a course that is not well maintained,” Miller said. “Over the years, you saw other races eclipse Foxfield, which resulted in less significant races here.”

Miller is more than happy to report that the new leadership at Foxfield is tackling that issue head on. “I can’t stress enough what a tremendous job Jack Sanford has done revitalizing the course. You can’t run the races without the horsemen, and the horsemen won’t come without the track. We still have some distance to travel, but I am confident that the work that Jack is doing will be critical to what the future of Foxfield looks like.”

For more information about The Foxfield Races, visit foxfieldraces.com.

John Kelly is the managing editor of The Virginia Sportsman. He is a writer and public relations professional based in Charlottesville, Virginia, whose work has appeared in the UVA Arts Magazine, Albemarle Magazine and USA Today, among other publications. John also works regularly throughout Central Virginia as a singer songwriter and recently released an album of original songs titled “In Between.” 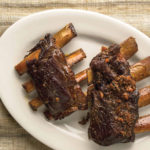 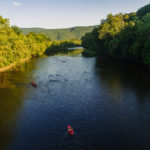 Next Story
An Angler’s Paradise in Lexington, Buena Vista, and Rockbridge County, Va.