Excerpted with permission from Sid Dobrin’s Fishing, Gone?: Saving the Ocean through Sportfishing

We surfaced in the near-midnight dark.

We had been down for about 20 minutes; the display on my wrist computer blinked 29 minutes to a depth of 82 feet. We were low on nitrox, both of us with less than 400 psi in our tanks, but everything well within safety ranges. Everything, that is, except that there in the dark, about 100 miles west of Tortugas Bank in the Gulf of Mexico, the boat we expected to be waiting for us on the surface was not there.

The boat, a 100-foot, steel-hulled live-aboard, had been chartered by our dive shop for a three-day spearfishing and underwater photography excursion to the Dry Tortugas, a trip we had made every year for the past few years. My buddy on this night dive on the second day of the outing was my friend and master dive instructor. He had been my teacher from my initial open-water certification through my professional training as a scuba instructor. A retired recon sergeant in the U.S. Marines, Smitty had moved to Florida from Okinawa, where he had served as master dive instructor for the Marines. Smitty was one of the gunnery sergeants who reconnoitered Grenada in the first wave of Operation Urgent Fury in the U.S. invasion of Grenada in 1983. Smitty is the real-life guy depicted by Clint Eastwood in the 1986 movie Heartbreak Ridge. Smitty loves that movie. Oorah.

There on the dark surface, after a solid 10 minutes of cursing the boat captain, the boat captain’s mother and the boat captain’s offspring for his incompetence and failure to follow basic safety procedures, Smitty and I considered options. Any swimming would have to happen at the surface. Our near-empty tanks prohibited any sustained movement underwater and we needed to save whatever remained in case of an emergency—that is, an emergency atop being forgotten in the Gulf of Mexico in the pitch dark. Besides, there was really nowhere for us to swim; in any direction we looked, there was just more unlit ocean. We needed to be on the surface to watch for boat lights in the dark, and we needed to remain in relatively the same area where the boat had deposited us earlier. We tethered our rigs together with about ten feet of line to avoid drifting apart. We both wore black gear, mine modeled in heroic reverence to Smitty’s recon gear. In the dark, it would be easy to lose sight of one another, particularly if one of us were to doze off and stop talking. While we were at depth, I had shot a gag grouper and a nice mutton snapper, both of which dangled about six feet below me on a stringer clipped to my buoyancy compensator device (BCD). I hated to do it, but there in the dark I did not want to be tethered to that much dead bait, so I dumped the fish. I assume that Smitty did the same with whatever he had on his stringer. No need to discuss it; it just made sense to do it. We kept our spearguns loaded with both bands.

We floated on our backs on our BCDs, masks on, snorkels in our mouths. Through my mask, I looked not at the water around me but at the sky, uncorrupted by city lights, illuminated in full darkness, a venerable cathedral ceiling. I labored to identify constellations and planets, overwhelmed by the numbers of visible stars. The view reminded me of a night sky from years before on a small island beach in the Aegean between Greece and Turkey, where I watched the stars from a blanket with a bottle of rum, a bag of fresh apricots, and a salmagundi of company. Those who have not seen the night sky from the open ocean have missed one of the most magnificent views on Earth. Those who have not seen the ocean below the surface zone have also missed magnificent things. I am a stargazer and a water gazer; I love the idea of space. Outer space. Maybe that is why I dive and fish: inner space, the depths of our planet, is as close as I can get to outer space. What was it Victor Hugo wrote? “There is one spectacle grander than the sea, that is the sky; there is one spectacle grander than the sky, that is the interior of the soul.” Floating there, in the darkness all around, with the stars above, I imagined the sensation of drifting in space—which, of course, is what I was actually doing. The day they want a volunteer to be launched out there, I will be first in line. Ron Moe, in The Starship and the Canoe, said it best when posed the question of going into space: “I’ll go,” he said, “if you promise me there’ll be salmon there. And cutthroat trout.” I feel the same way, only I would add a few other species to the list. Me and Major Tom. For now, I will float here as debris on the surface.

Debris, of course, is a relative term. Objects wane between being things and being debris, depending on perspective and timing. A plastic fork floating on the ocean’s surface is debris, but it was a thing with human-ascribed use-value and purpose. Even before that, it was something else with ecological value: chemicals, minerals and such. A wooden pallet floating on the water’s surface is debris, having once served a function in shipping goods after having been living wood in an ecosystem and now, as debris, it reclaims its thingness—or claims a new thingness—as it serves as cover for fish and other organisms. It becomes useful again, its value renewed for the fisher—whether human, bird, or fish—who sees it not as pallet or rubbish, butas topography that might serve as a sign of game fish or food fish beneath. Its value renewed by marine organisms that make use of the cover it provides. So, I floated there in the dark on the surface of the salty sea as debris, between the boundaries of inner and outer space.

I remembered then and again now, in writing these words, being 12 years old and finding in the local public library a copy of Kenneth Brower’s The Starship and the Canoe. I suppose if anyone had asked me before I found Brower’s book what my favorite book had been, I would have been as likely to respond Thor Heyerdahl’s The Kon-Tiki Expedition: By Raft across the South Seas as I would any other of a number of books I held (and hold) dear. The written word has influenced my life as much as has saltwater, particularly the long tradition of writings about fishing and the sea, what Esquire founder Arnold Gingrich so famously titled The Fishing in Print in his examination of five centuries of angling literature. But Brower’s bookgave me something new, a synthesis between a Heyerdahl-like desire for open water and a science fiction-driven fascination with interstellar travel. Brower’s fusion of exploratory possibility gave me reason to contemplate my own enchantment with staring into deep blue water and deep dark space (the whole father-son focus of the book has become of more interest to me now than it was when I was 12). I remember George Dyson’s words in the book: “I’m an expert on this business of inner space and outer space, and how one is a manifestation of the other.” I fantasized not only about taking George Dyson’s Thoreauvian baidarka adventure through Glacier Bay and the Inside Passage, but certainly about Freeman Dyson’s theories for interstellar travel. Floating there in the Gulf of Mexico, I thought about depth, the technologies we employ to explore these two different spaces, and the vessels we need, baidarkas and spaceships, and how for that moment I was fine without either.

Fishing, Gone?: Saving the Ocean through Sportfishing by Sid Dobrin Copyright © 2019 by Sid Dobrin. Excerpted by permission of Texas A&M University Press. All rights reserved. No part of this excerpt may be reproduced or reprinted without permission in writing from the publisher.

Sid Dobrin is Professor and Chair in the Department of English at the University of Florida where he also serves as Director of the Trace Innovation Initiative. He has published sixteen books about writing, ecology, and technology, including Distance Casting: Words and Ways of the Saltwater Fishing Life. This excerpt is taken from his newest fishing book Fishing, Gone: Saving the Ocean through Sportfishing (April, 2019). His writing appears in many fishing and outdoor magazines. He is the Chair of the American Sportfishing Association’s Advocacy Committee and is co-owner of inventivefishing.com, an online resource for recreational saltwater anglers. An addicted saltwater angler, a dive instructor and rescue diver, boat captain and (recovering) guide, Dobrin is showing signs of growing gills. 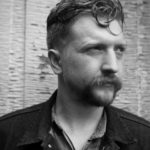 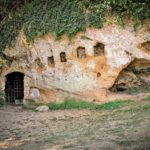