Yorktown and its famous battlefield is the site where British General Lord Charles Cornwallis surrendered to General George Washington and his force of 17,000 Continental and French troops some 238 years ago—a siege that brought an end to the American Revolution.

Cornwallis’ Cave, a significant natural landmark in this historic turning point, is a cavern full of legend overlooking the York River beachfront that still exists in Historic Yorktown today.

According to the National Park Service, the cave was created by stone quarrying for building structures in the area. This “grotto” was once believed to be the hiding place of the British general during the bombardments of the Revolutionary War battle. Other research suggests it was used for storing potatoes during the Colonial era and Confederate guns and ammunition during the American Civil War. Questions linking Cornwallis to the cave remain something of a mystery.

The Battle of Yorktown became more of an engineering and artillery campaign than an infantry effort. After allied artillery weakened British defense positions, 1,500 men dug parallel trenches designed by French engineers. These siege lines were spread beyond the range of British cannon and ran deep enough to allow troops to maneuver unscathed. The trenches ended near two enemy redoubts, which were enclosed defensive positions situated outside the main fortified lines.

After dark on October 14, 1781, well into the 10-day siege, allied forces captured redoubts nine and 10, which were located near the river. This gave the allies the opportunity to place cannon, howitzers and mortars close to British lines for thorough and strategic bombardments.

Washington was given the honor of firing the first shot, which reputably crashed into British headquarters in the Nelson House, where staff officers were dining. The round presumably killed Commissary General Perkins and wounded three others.

Johann Conrad Doehla, a Hessian soldier with the British army, wrote in his diary, “One could not avoid the horribly many cannon balls, either inside or outside the city. Many men were badly injured or mortally wounded by fragments of the bombs, which exploded partly in the air, and partly on the ground, their arms and legs severed or themselves struck dead…I saw bombs fall onto the water and lie there for 5, 6, 8 and more minutes and then explode.”

Another report said a shot from the American battery decapitated a Major Cochrane as he stood beside General Cornwallis. The account of his Lordship coming so close to being hit stirred him “to duck under a cliff for protection.”

Rumors circulated that the trapped Cornwallis, unable to escape, still held out hope that reinforcements would soon arrive from New York. He waited for this news from his own private bunker scooped out from a hillside space that formed, “a kind of grotto…where he lives under ground.”

Logic—as well as evidence—from an information sheet relating to the battle points out that a general, in command of troops during battle, would have a number of subordinate officers constantly coming and going with reports for his ultimate decision making. A general would need to closely follow operations without seeking protection from heavy shelling away from the action. Cornwallis understood the risks of war, as did his men. Troops would become disheartened to discover that their leader took shelter in a cave, far from the dangers they were facing under siege. It would be difficult for any army to fight courageously with that type of example.

With brick walls almost two feet thick, the Nelson House provided adequate protection from enemy fire while serving as British headquarters during the siege. A cannon ball is still lodged on the east side of the house from the intense artillery shelling, demonstrating the fortitude of the mansion.

The British waived a white flag after the first heavy bombardment. Once they abandoned their headquarters, Cornwallis returned an elderly gentleman to the Continental Army. Washington watched as the old man limped towards him assisted by two soldiers, followed by a servant carrying a bundle of family silver. The old man was the uncle of Virginia Governor Thomas Nelson, a patriot with the American and French forces.

On the morning of October 16, more allied guns were in position and the bombardment intensified. In desperation, under the cover of darkness, Cornwallis attempted to evacuate his troops across the York River to Gloucester Point. After transporting a few men across, however, a heavy squall struck that ended the operation.

The next morning, a drummer boy appeared on a parapet followed by an officer with a white handkerchief and the bombardment stopped. After a parley, the principals met at the Moore House, east of the battlefield, to work out the terms for surrender.

The articles of capitulation were signed on October 19. Cornwallis was nowhere to be seen when the opposing armies faced one another. He pleaded illness and took to his bed, turning these humiliating duties over to Brigadier General Charles O’Hara, his second in command.

At first, O’Hara could not give his sword away; no one seemed to want it. He presented it to the French commander, Jean-Baptiste Donation de Vimeur, Comte de Rochambeau. Shaking his head, the commander pointed to Washington. The American general also refused the sword; he had his second in command, Brigadier General Benjamin Lincoln, who had surrendered to the British at Charlestown, accept the sword.

There was a custom at the time that allowed the defeated army to march with drums beating and flags flying. After surrendering at Charlestown, the American troops were denied these honors of war. Recalling this insult, Washington said, “The same Honors will be granted to the Surrendering Army as were granted to the Garrison of Charles Town.”

Approximately 8,500 British soldiers laid down their arms before the American and French armies. The British band, with a degree of irony, was permitted to play a popular tune of the day, “The World Turned Upside Down.”

Did General Cornwallis seek refuge in a cave along the banks of the York River? That remains a mystery. It may be wiser to wonder if the British general was truthful in declaring illness at the time of his surrender. Perhaps his Lordship was reluctant to face the music.

Just like the cave bearing his name, we may never know the real story.

Chiles T. A. Larson is a writer and photojournalist. He is the author of Virginia’s Past Today and Barboursville Vineyards: Crafting Great Wines Inspired by Spirits from the Past. 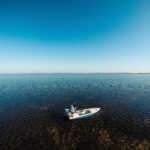 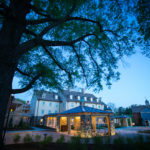 Next Story
Experience the Nature of Boar’s Head Resort