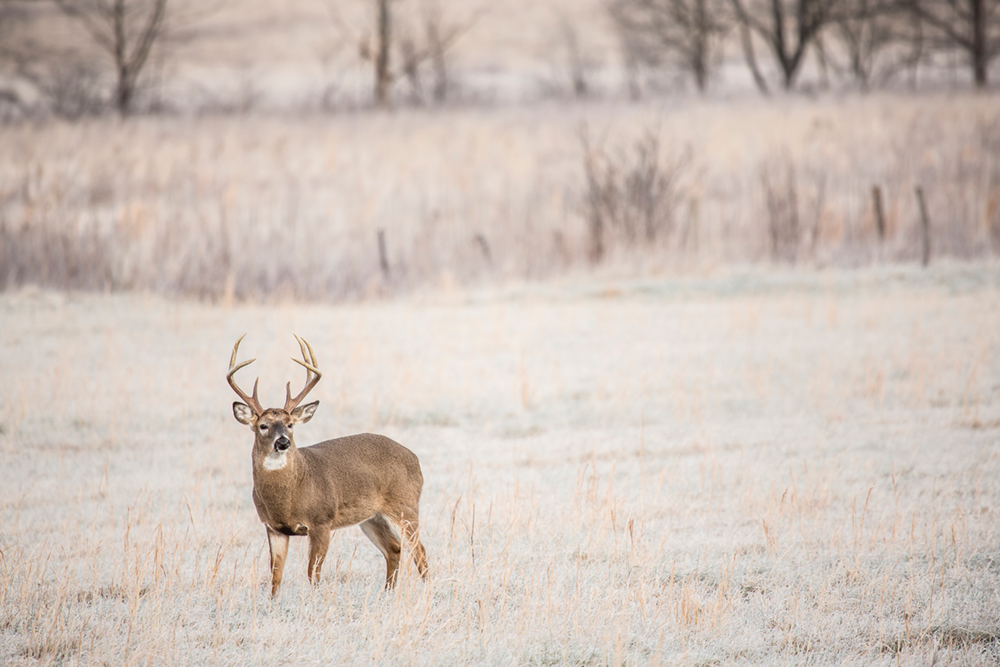 With one of the longest seasons in the country, archery deer hunting is a bountiful opportunity for Virginia hunters in fall and winter.

The early archery deer season runs Oct. 2 – Nov. 1 statewide. Late archery season dates vary depending on the region. Dates are Nov. 1 – Jan. 1, 2022, west of the Blue Ridge except in certain areas defined by the Virginia Department of Game and Inland Fisheries. The season runs Dec. 2 – Jan. 1, 2022, in some eastern localities and counties. Consult the 2021-22 Virginia hunting regulations for dates and regulations in your area.

While November is synonymous with firearms deer hunting, pursuing whitetails with archery equipment has distinct advantages. Unlike firearms, discharging archery equipment is quiet, making it inconspicuous in areas where noise might disturb or unnerve neighbors. Archery hunting also occurs at much closer ranges, and usually from elevated positions, so it is arguably safer than hunting with firearms.

Also, some localities prohibit discharging firearms but allow use of archery equipment.

These elements enable hunters to pursue whitetails in places that protect them from harvest from firearms. These de facto refuge areas allow deer to live to ripe old ages without peril except from motor vehicles. Age, along with food and genetics, is a primary factor in antler development, and middle-aged bucks sport the class of antlers that hunters desire.

While these areas generally are urban locations, they can also be in more sparsely populated suburban and quasi-rural areas. Wherever they occur, these areas can provide high-quality hunting opportunities for skilled bowhunters.

November is the peak of deer breeding season, also known as the “rut.” The dates vary across the South by about six weeks, but Dixie deer hunters generally associate the rut with—appropriately—Thanksgiving.

The amount of daylight, or photoperiod, triggers breeding activity in whitetails. The rut occurs in a descending gradient from northwest to southeast. For example, the rut occurs during mid-October in eastern coastal regions, and in the first week of November in the Piedmont. It’s around Thanksgiving in the mountains.

Notice that we just said that day length triggers the rut. A day isn’t any longer in the Virginia Tidewater than it is in the mountains, so why do rut peaks vary so much?

Some deer biologists speculate that a genetic or evolutionary component might be involved. Deer were largely extirpated throughout the South by the early 1900s. Southern states replenished their deer herds by importing stock from other parts of the country. Deer that originated from imported northern stock might retain a genetic timetable from their ancestors.

Also, deer that live along major rivers typically breed later in the fall. Biologists theorize that they breed late to drop their fawns later in the spring, after floodwaters have receded.

Another theory is that staggered breeding prevents fawns from being born all at the same time. This minimizes predation losses by distributing the number of vulnerable fawns on the ground at an a given time. It’s nature’s way of minimizing loss.

Regardless of the reason, hunters know by heart the peak rut dates in the areas where they hunt. Those are red ink dates on your calendar, and you’ll cancel your own funeral to be in the deer woods on those days. That’s when mature bucks are less cautious and less elusive, and thus more likely to encounter hunters.

More than with any other style of hunting, scouting is essential to successful bowhunting. When hunting with a centerfire rifle, your margin of error might be 300-500 yards, depending on your proficiency. With a muzzleloading rifle, it might be 200 yards.

Even with the most modern compound bow and accessories, bowhunters prefer shots inside 30 yards. Getting that close to a deer requires intimate knowledge of its daily movements from bedding area to food sources.

During the pre-rut period, it is possible for a hunter to pattern a particular buck. During the rut, on the other hand, bucks mostly follow does. They are preoccupied with breeding, and they largely eschew feeding and other non-breeding activities. Therefore, savvy bowhunters pattern does during the rut.

Remote cameras, or game cameras, reveal daily doe travel patterns. Mature does and their entourages of younger does are creatures of habit. They use the same trails during their daily circuits through feeding and bedding areas. It is assured that a buck will be near a doe as she approaches the peak of her estrus cycle.

Bucks mark their presence by pawing scrapes in the dirt and rubbing their antlers on trees. These are prime areas over which to hang a stand because a buck will eventually work a scrape or a rub in daylight.

Killing mature bucks in the rut involves a three-prong strategy. Key on does, minimize your presence in the woods and strategically pick your time to hunt hot stands based on prevailing wind.

Throughout the South, hunters rely heavily on cultivated food plots that they plant to benefit deer. The main advantage of food plots is that they attract does. Where does congregate, bucks will eventually appear. However, mature bucks seldom enter a food plot in daylight. They hover around the edges and remain concealed in the woods.

Scouting will reveal how bucks approach these areas. Cameras are useful because they minimize a hunter’s physical presence, namely scent. With modern cameras that send images to a smart phone, a hunter need not enter the woods at all except to hunt. This virtually eliminates the risk of compromising a promising hunting location.

Cameras will tell you if a dominant buck is in an area. They also reveal the trails a buck uses between bedding and feeding areas, and at what time he uses them.

Keep in mind that a mature buck usually does not walk the same trail that the does use. The doe trail is a highway. The buck cuts his own trail close to the doe highway. Think of it as a frontage road adjacent to the freeway. Of course, a buck is also a creature of habit. He, like a doe, uses the same trail repeatedly.

Now that you’ve patterned a buck, don’t blow it by taking unnecessary chances. The wind must be perfect, and the timing must be right. Study weather forecasts zealously and hunt only on days when the wind favors your stand. The wind should blow away from bedding areas and approach routes. Making a mistake will almost ensure that you will not see that buck for the rest of the season.

On your chosen day, you can boost your odds by challenging a buck’s dominance. First, use a bleat call like that of a doe in heat. Wait about 5-10 minutes and follow the bleat with a grunt of a lesser buck. A dominant buck often won’t tolerate the presence of a subordinate interloper.

To maximize the element of surprise, hunt in the afternoon and evening. Deer often move in the early morning, and you risk bumping a buck walking to a stand before daylight, Buckner said. It’s easier to slip in unnoticed in the afternoon when deer are bedded down in cover.

If you are interested in arrowing a buck but also want to arrow a doe, it’s better to do it before or after the rut, when bucks are less likely to be following does.

The most crucial aspect of bowhunting is practice. Shoot a lot of targets from the elevation you intend to hunt until precise shot placement is instinctive. Bowhunters are obligated to ensure fast, humane kills. An imprecise shot will negate all the time and effort you spent scouting.

Bryan Hendricks has been the award-winning outdoors editor for the Arkansas Democrat-Gazette for two decades. He has written for nearly 100 magazines and served with the Missouri Department of Conservation and the Oklahoma Department of Wildlife Conservation. His latest book is, “St. Tom’s Cathedral, A Turkey Hunter’s Quest for His Best.” Contact him at bryan.hendricks860@gmail.com or follow him on Twitter @BryWithaY7 or on Instagram @brywithay7. 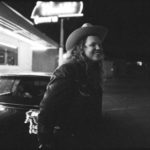 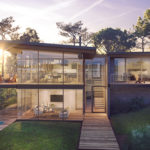