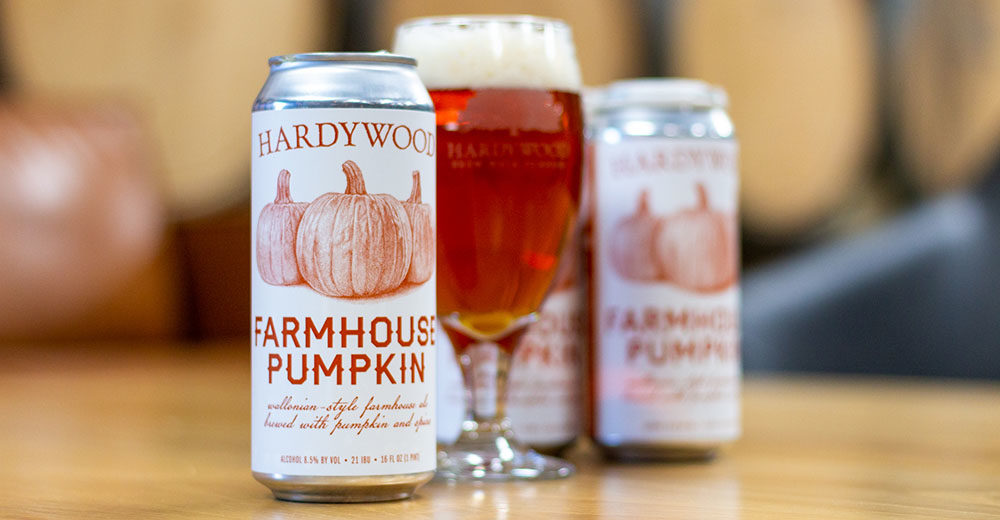 Pumpkin beers have gotten a bad rap. When they first emerged, many were too sweet and downright undrinkable. But the fall-friendly style of brews has come a long way, especially as craft breweries in Virginia and beyond have started to make more creative pumpkin beers with quality ingredients and attention to detail. For sipping on crisp autumn nights, we’ve rounded up a handful of favorites from around the region.

But the fall-friendly style of brews has come a long way, especially as craft breweries in Virginia and beyond have started to make more creative pumpkin beers with quality ingredients and attention to detail.

Spooky is a Halloween treat that packs a big buzz. It’s different than a typical gourd-infused beer, adding pumpkin puree to a medium-bodied ale that’s aged in bourbon barrels on a bed of cocoa nibs. It’s a strong sipper, warming the core at 8.2 % ABV, with hearty whisky notes on the front end and sweetness from the chocolate in the aftertaste. Spooky is packaged for a limited time, available from August through October, and it should be pouring from Blue Mountain’s taps at the main brewery in Afton, Va., and the brewery’s barrel house location in Arrington, Va. bluemountainbrewery.com

These craft mainstays, based in Charlotte, N.C., are best known for making the high-gravity IPA Hop Drop ‘N Roll, but in the fall their brewers embrace pumpkin harvests to produce the appropriately named Gordgeous. The seasonally appropriate ale tastes like an old-school pumpkin pie, thanks to the use of real pumpkin puree and the combination of spices (allspice, cloves and cardamom) added in the brewing process. NoDa’s creativity has been rewarded, as this beer has twice won a gold medal at the Great American Beer Festival. nodabrewing.com

The crafty brewers at Hardywood Park in Richmond add pumpkin to a Wallonian-style farmhouse ale to create this seasonal favorite. The earthy brew is made with classic saison yeast, as well as an impressive combination of local ingredients, including sugar pumpkins from Grandma’s Pumpkins in Midlothian and ginger root from Casselmonte Farms in Powhatan. Overall, the taste leans towards a traditional Belgian beer—with a soft mouthfeel and medium body—but notes of fall come through with ensuing sips, due to the additions of nutmeg, allspice and clove. hardywood.com

Virginia-based Devils Backbone has demonstrated a well-known affinity for making traditional lagers, and here they update a German classic with a bit of pumpkin spice. The result is an amber lager that is balanced and extremely drinkable (5.2% ABV), with a crisp malty backbone and some caramel sweetness that’s appropriate for the season.