Wild-foods expert and author Hank Shaw shares one of his favorite Appalachian recipes.

If you’ve never heard of the French stew cassoulet, you’re missing out.

Wild-foods expert and author Hank Shaw shares one of his favorite Appalachian recipes. Photo by Holly A. Heyser

It’s a hearty stew—some would say a gut bomb—made up of beans and many kinds of meats, some smoked, some confited, some in the form of sausages. This turkey bean soup is a riff of that idea, but much lighter.

I first saw this recipe for Southern cassoulet in the excellent cookbook “Victuals: An Appalachian Journey,” with Recipes by Ronni Lundy. She in turn learned it from Shelley Butcher of the Dancing Bear Appalachian Bistro in Tennessee. What you see here is my take on it, loaded with lots of wild game.

The essence of this soup, or stew, or casserole, depending on how much broth you want to serve with it, is the use of good beans and lots of varied meats. Ronni’s uses bacon, salt pork, chicken-apple sausages and rabbit confit. Mine uses bacon, a Toulouse-style duck sausage and wild turkey thighs.

No matter what you choose, you need something smoked, some sort of sausage and a meat that will break down into tenderness with slow cooking. Turkey thighs and drumsticks are a good choice here, but so would rabbit, pheasant legs, squirrels or pork.

A word on the beans. What attracted me to this recipe was Ronni’s use of fresh “shelly” beans, which are fully ripe beans that are not yet dry. I happened to have access to excellent cranberry beans in this state. Shelly beans have a different texture from dried, a touch more vegetal and less meaty. But fully dried beans are fine and are what the French use.

A final touch is the use of cherry, grape or other small tomatoes. I really like what they do for this soup. Bright, colorful little bursts of tart flavor that play off the richness of everything else in the bowl. Other tomato additions would not have this same effect.

You make your turkey bean soup in stages. Each thing gets added to the pot in due time, not all at once. Follow this rule and you will be very happy. Break it and you will have a muddied, undifferentiated mass in a bowl. Still OK, just nothing to write home about.

1. In a large soup pot like a Dutch oven, cook the bacon over medium heat until crispy. Remove the bacon. Eat a slice, then chop the rest and set aside. Preheat the oven to 325F.

2. Brown the turkey thighs in the hot bacon grease, turning as needed. Remove and set aside. Add the carrots, onions and celery and cook until soft, about 6 to 8 minutes. Add the garlic and cook another minute or two.

3. Return the turkey thighs to the pot, add the stock along with another quart of water. Add the beans, thyme and bay leaves and salt to taste. Cover the pot and set in the oven for 2 hours—90 minutes if you are using store-bought turkey.

4. Check the turkey to see if it’s tender. When it is, fish the thighs out and debone, then chop and shred a bit. Remember you will eat all this with a spoon, so that should guide you in terms of size. Return the turkey meat to the pot.

6. When you are ready to serve, stir in the parsley and reserved bacon, along with lots of freshly ground black pepper.

Note: This is a sort of Southern cassoulet, a hearty mix of beans and meats good for cold days. the meats you use can vary, as can the beans.

Hank Shaw is a chef, hunter, angler, forager and wild-foods expert constantly on the lookout for new things to gather, catch and eat. He is the author of four wild-game cookbooks: “Hunt, Gather, Cook: Finding the Forgotten Feast” (2011); “Duck, Duck, Goose: Recipes and Techniques for Ducks and Geese, both Wild and Domesticated” (2013); “Buck, Buck, Moose: Recipes and Techniques for Cooking Deer, Elk, Moose, Antelope and Other Antlered Things” (2016); and “Pheasant, Quail, Cottontail: Upland Birds and Small Game from Field to Feast” (2018).

Shaw stands at the forefront of the wild-foods movement, and his website Hunter Angler Gardener Cook (honest-food.net) is the internet’s largest source of tips, techniques and recipes for wild foods. From venison to wild mushrooms, waterfowl to upland game birds, saltwater and freshwater fish, seafood, and edible wild plants, food that you can’t buy in the store is Shaw’s specialty.

Shaw has appeared on television shows ranging from Mike Rowe’s “Somebody’s Gotta Do It” on CNN, to Andrew Zimmern’s “Bizarre Foods” on Travel Channel, to Steven Rinella’s “Meateater” on Sportsman Channel. He has been featured in the New York Times, Chicago Tribune, the Washington Post, Field & Stream, CNN, NPR and similar outlets. He hunts, fishes and forages near Sacramento, CA. 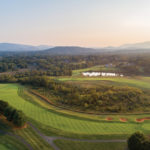 Previous Story
Staff Picks for Golf and Near the Old Dominion 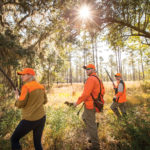