In 2009, the entrepreneur began manufacturing fishing reels because he kept breaking inferior products on the water. Seigler has a knack for fiddling with metalworks; he is a former professional cyclist and designer of racing bicycles.

“Near the end of my professional racing career, I realized somethings are important and somethings aren’t,” said Seigler. “Whether it’s tube sets or something else, you use your experience to design a better bike so you can race better. I don’t see why designing fishing reels should be any different.”

Seigler’s fascination with fishing reels began when his friends took him fishing for white marlin offshore in Virginia Beach.

“We were experiencing difficulties with the conventional reels we were using, and I asked the guide if he could put us in touch with the brand so we could share our concerns,” he said. “The guide suggested I design my own reels if I wanted to get things right. So, I figured there’s the bike side, and then there’s the fishing side of design. I already knew bikes and was confident I could figure out reels.”

A resident of Reedville, Seigler based his business in nearby Burgess, at the end of Virginia’s Northern Neck. He purchased an old machine and learned how to build reels with multiple parts. He named his company Release Reels and intended to balance the deficit with China by keeping manufacturing in the United States.

Tinkering led to innovation; in time, he developed conventional and fly reels and backed them with a lifetime warranty. Fix the product, or the customer gets a new reel. That’s the foundation of his business, and he means it.

Despite noble intentions and success, Seigler encountered challenges that had nothing to do with fishing, talent, design or manufacturing; he selected a problematic name for his brand. It took a few years before a marine-industry executive from Georgia sued Seigler over the name “release.” The products were completely unrelated, and Seigler took it to the courts. After spending six figures on legal expenses, he decided to abandon the name even though he had a good chance of winning the case.

“It just wasn’t worth fighting over anymore,” he said. “I wanted to focus on making reels instead of litigation and BS.”

Seigler renamed the company Truth Reels but ran into a similar situation and was sued by a company that used “truth” in a hunting video. In both instances, Seigler’s products had nothing to do with the other industries.

“I thought about walking away at that point,” Seigler admitted. “But then my legal team was going over some things and my ‘WS’ initials came up. We engrave ‘WS’ on key parts of every reel we manufacture. They’re a work of industrial art—a throwback to my racing days. That’s when I decided on a prudent company name: Seigler Fishing Reels.”

On January 18, 2017, the new name went into effect. Seigler subsequently notified 4,700 customers and businesses. With the branding piece resolved, Seigler had to tackle another problem: finding good workers in a rural area. Logically, he turned to the water, and decided to move the company someplace where there is plenty of it: Virginia Beach.

“The Commonwealth is a great state for angling. We have lakes, rivers and streams. We also have inshore bays and offshore fishing. Virginia Beach made perfect sense to us, and we were able to create new jobs and keep manufacturing in the U.S.”

“We hire people who care,” added Seigler. “Then we train them.”

“OUR WORD IS OUR GUARANTEE” is etched into every handcrafted reel. The reels are sold on the company website, but the main channel is through mom-and-pop tackle, fly shops and large dealers across the country.

“I prefer selling our reels through dealers,” Seigler explained. “Dealers, especially the mom-and-pops, enjoy telling our story, and that’s great marketing for us. Fly shops are terrific because they’re specialty and old school. Sure, they’ll sell you equipment, but they also tell you where to go and can show you how to catch fish.”

Green Top Sporting Goods outside Richmond is an exceptional dealer.

“Green Top is an interesting partner,” said Seigler. “We typically don’t sell both conventional and fly reels through bigger stores like that because fly departments are underdeveloped. But Gabe Beverly has done a terrific job there, and we sell both at the store.”

Seigler Reels have won a number of awards; the Seigler SF (Small Fly) reel recently won 2019 ICAST Best of Category. Seigler doesn’t attend award ceremonies; he’d rather let the dealer—or an angler who deserves the award by catching a fish—bring it back to the company.

“Our fly reels have been well received by the angling community, especially among guides,” he said. “But the tarpon world is where our fly reels shine.”

Seigler listens to customers. One of his favorite customer stories is about a nine-year old from South Carolina. Brendan Bell didn’t have enough money to purchase a reel from Seigler. The boy mailed him a fishing picture he drew and $22 and change in a variety of currencies. He even promised to pay more when he received his allowance. Seigler sent him a reel and keeps the letter—along with the picture and money—in a Ziploc bag thumbtacked to his office wall.

“Drawing up more options for kids makes a lot of sense to me,” he said. “Fly fishing in particular is exploding among young boys and girls, and it’s becoming more accessible. I think about them a lot here in our factory when I think about designing new products.”

The reel maker plans to design new quality youth reels that can be upgraded as young anglers progress in the sport. The future looks bright for all involved. Visit www.SEiGLER.fish to learn more. 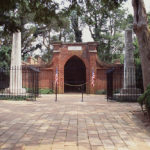 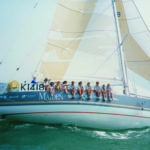